Two people were killed and seven others left with burn injuries following a leak at a chemical plant in Texas which officials described as a ‘mass casualty’.

Authorities responded to reports of an incident at the LyondellBasell Industries plant in La Porte, outside Houston, at around 7.35pm Tuesday.

Officials with the city’s Office of Emergency Management said a ‘process upset incident’ sparked a chemical release at the plant which makes polyethlene products.

It is also the world’s third-largest producer of glacial acetic acid, a food preservative that is flammable and corrosive.

At least two people have been confirmed dead and seven others were said to have suffered burn injuries. The incident is still under investigation.

Two of those injured were taken to a hospital, five were treated at the scene and 31 were being monitored for possible symptoms, officials said.

The leak was isolated and Harris County Pollution Control was on the scene to conduct air monitoring but there was no apparent threat to the community.

‘There is no shelter in place or other protective actions being recommended for the La Porte community at this time,’ La Porte EMS said in a statement. 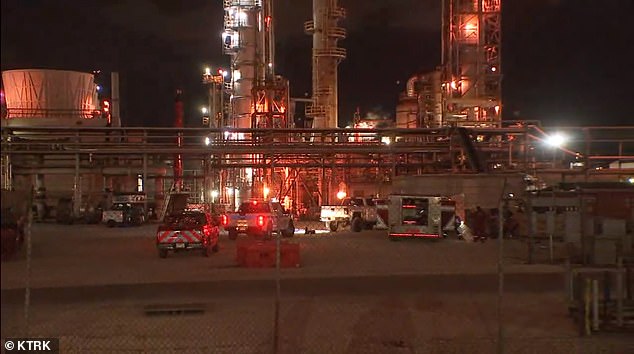 Two people were killed following a chemical leak at a LyondellBasell Industries plant in La Porte, Texas, on Tuesday which officials described as a ‘mass casualty’ 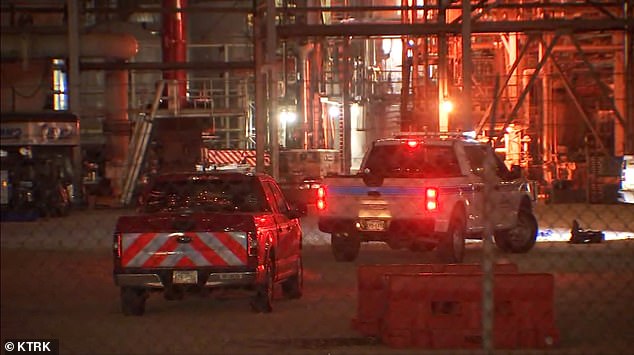 Authorities responded to the plant in La Porte, outside Houston, at around 7.35pm Tuesday

LyondellBasell addressed the incident in a statement on Tuesday night.

‘Our on-site incident response team responded quickly, and the leak is stopped. Emergency responders from the City of La Porte and Channel Industries Mutual Aid are on scene.

‘Air monitoring demonstrated no levels of concern for the community. The safety of our workers and those who live and work near our facilities is our first priority.’

Harris County Judge Lina Hidalgo wrote on Twitter: ‘Heartbroken to hear of the two fatalities at the Lyondell Basell facility in La Porte.

‘Our county and other first responder agencies are working to support the other workers impacted and to verify that the incident is contained. Grateful to all responders.’

The plant (above in a file photo) is the world’s third-largest producer of glacial acetic acid, a food preservative that is flammable and corrosive