The Nine Network has been the target of a cyber-attack, disrupting its live programming out of Sydney.

The Australian broadcaster confirmed there was a cyber-attack on its systems after it was unable to air its Weekend Today and Sunday Sport programs on Sunday morning.

In a note to staff, Nine’s director of people and culture Vanessa Morley told all employees across the country to work from home until further notice. 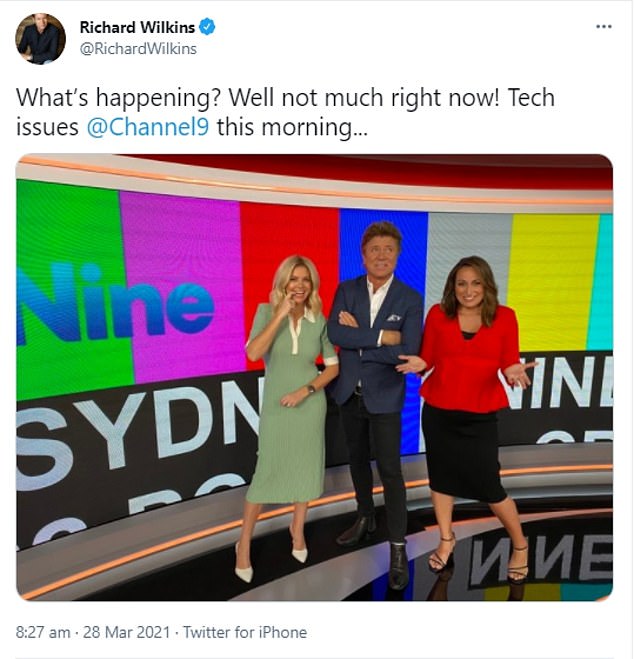 Weekend Today host Richard Wilkins (middle) announced on Twitter that the Nine Network was experiencing technical difficulties. It later emerged the network had been hacked

‘Our IT teams are working around the clock to fully restore our systems which have primarily affected our broadcast and corporate business units,’ she wrote.

‘Publishing and radio systems continue to be operational.’

Ms Morley said office workers can expect to ‘experience disruption to the Nine IT network’, although emails did not appear to be impacted.

Nine’s National Rugby League coverage, 6pm news bulletins and Sunday evening coverage including 60 Minutes and Married At First Sight are going ahead as planned after the company enacted ‘several contingencies’. 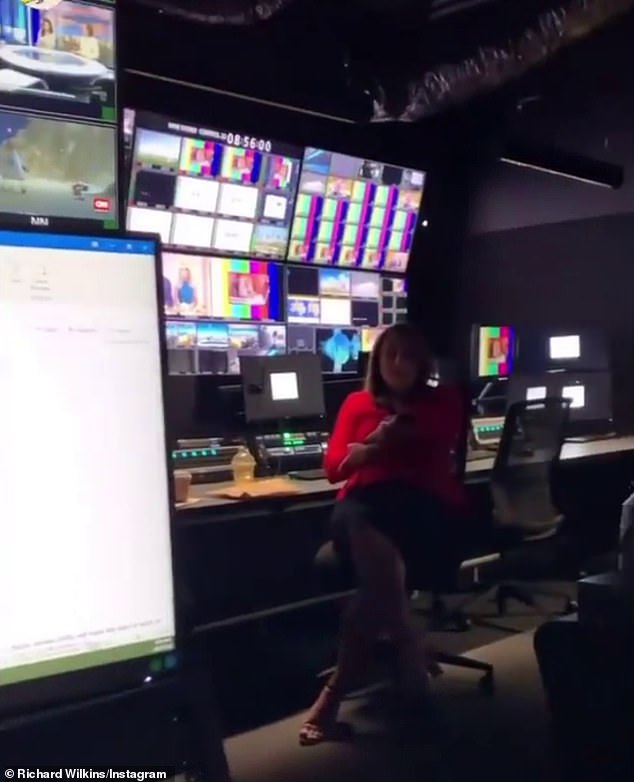 A Channel Nine employee shared images of the error screens in the control room, as the network is forced to abandon its weekend programs

Earlier, the Australian media giant – the owner of the Sydney Morning Herald and The Age newspapers – said it was responding to ‘technical issues’.

‘These are very concerning reports,’ he told reporters in the Brisbane suburb of Springwood.

‘What we’re hearing about here is a serious, and sophisticated, targeted attack on a media organisation.’