The Yorkshire club confirmed his arrival on transfer deadline day after beating Wimbledon to his signature.

The 19-year-old made his debut in the Carabao Cup last season before agreeing a new contract at Stamford Bridge, which features an option to extend his stay by a further season until 2024. 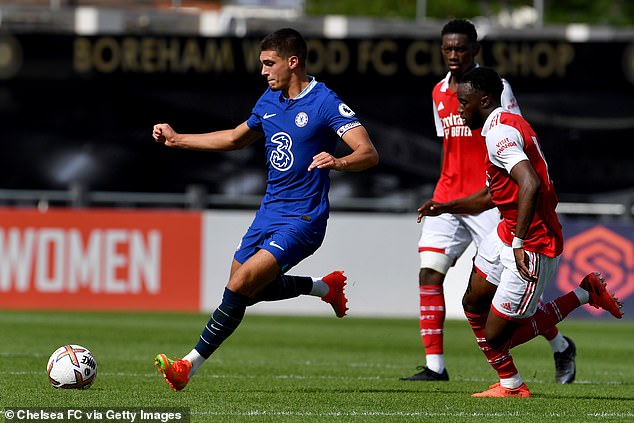 Norwich, Watford, Southampton and Brighton were all tracking the defensive midfielder as he neared the end of his previous deal.

The England U19 international becomes the 16th player to leave the Premier League club on loan this summer.

Goalkeeper Nathan Baxter is also on loan at Hull from Chelsea.

Romelu Lukaku, Callum Hudson-Odoi, Tino Anjorin, Levi Colwill and Ian Maatsen are among those who have left on a temporary basis.

Chelsea have finally struck a deadline day deal with Barcelona for Pierre-Emerick Aubameyang with the striker set to fly to London to complete his switch.

But they were set to miss out on Edson Alvarez after his proposed move from Ajax to Chelsea was blocked by the Eredivisie champions.