She is never one to shy away from sharing a sultry snap or two on her social media platforms.

And Demi Rose treated fans on Friday night to yet another raunchy photograph of herself. 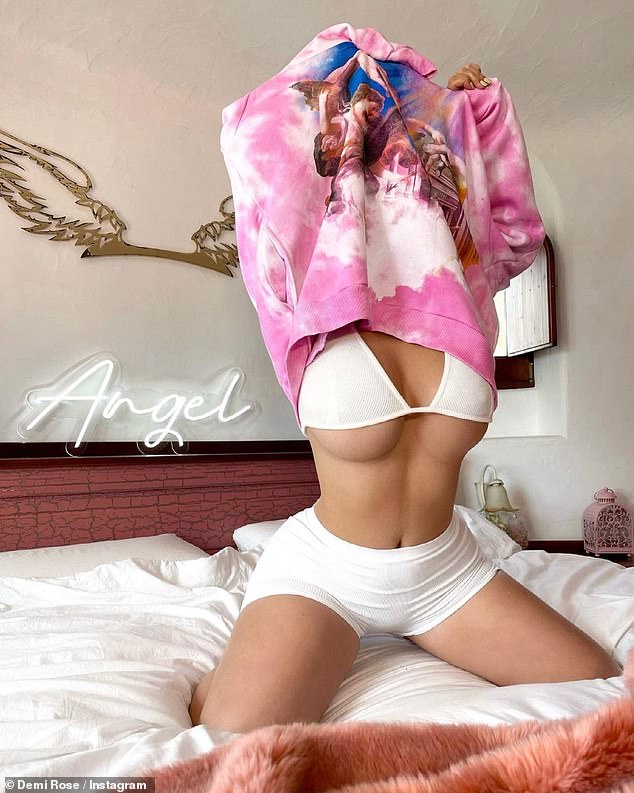 Sizzling: Demi Rose set pulses racing as she flashed underboob while removing a colourful jumper as she lounged on her bed in a new post on her Instagram on Friday night

In the picture, Demi can be seen kneeling on her bed as she attempted to pull off a brightly coloured hoodie.

Flashing her underboob, Demi left little to the imagination as she only wore a white bra beneath the jumper.

On her lower half, Demi wore a very small pair of white shorts which showed off her curves.

In a message written alongside the photo, Demi said: ‘Didn’t you know?’

The sultry snap comes after she revealed she’d be treating fans to content far steamier than allowed on the photosharing app- which boasts a no-nudity platform. 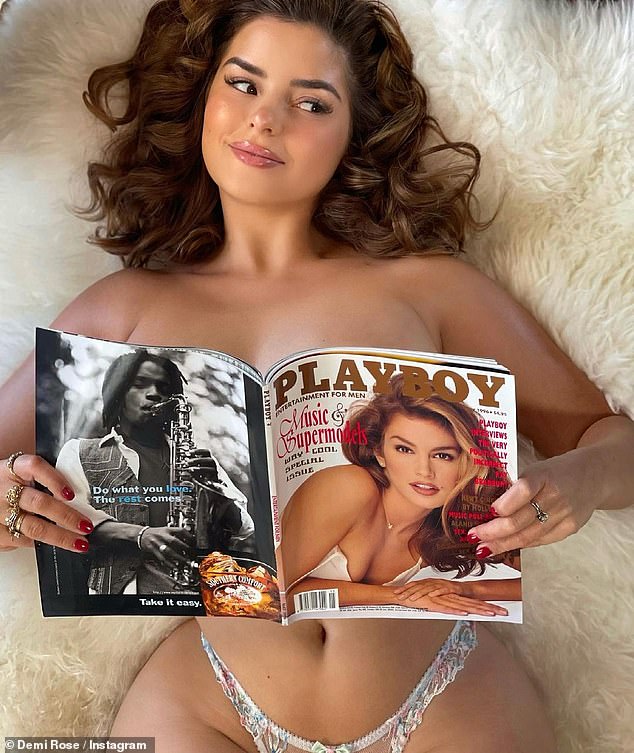 Alongside a topless snap on Wednesday, the glamour model revealed she’s become the latest celebrity to sign up to X-rated subscription site OnlyFans.

Demi revealed: ‘You asked, OF course I listened. Been working on my hottest exclusive content… ever. I’m so happy to finally share it with you!

‘Link in my bio if you click under my website. Happy Flower Full Moon! I love you’.

Demi no doubt left her followers desperate to unlock the content as she teased the venture with a topless snapshot.

The Birmingham-born beauty looked incredible as she lay on a shaggy rug in just a thong, with a 1996 copy of Playboy from featuring Cindy Crawford protecting her modesty.

OnlyFans is an online service that allows for public figures to charge fans a subscription to their site, where they often share content usually deemed too provocative for other social media platforms.

Much like others who run their own pages on the subscription service, Demi charges fans for access to her content in tiers – $22.22 per month or $119.99 for six months.

While OnlyFans is a popular platform for sex workers, it also boasts a list of celebrity users including Bella Thorne, Cardi B and Danniella Westbrook. 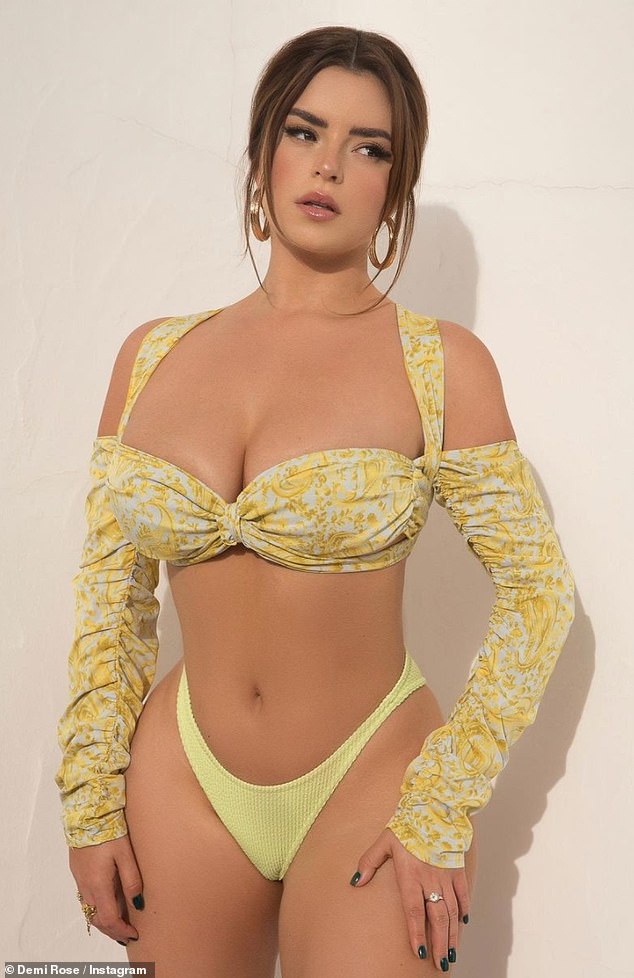