A convicted rapist who scammed the National Lottery out of £2.5 million after forging a winning ticket is yet to pay back a single penny.

Edward Putman had been told to repay more than £900,000 and was jailed for nine years for his role in the multi-million fraud in 2019.

The 56-year-old crafted the scheme with a National Lottery employee, but was caught after his co-conspirator killed himself.

While he is still in prison, the convict has been told to begin paying back the money from his ill-gotten gains, but has not paid back a single penny.

That’s despite still owning a  £700,000 house and being threatened with an additional six years in prison by the authorities.

Edward Putman, 56, was found guilty in October 2019 of using a forged winning ticket to claim £2.5million

The Mirror reports that the Crown Prosecution Service confirmed yesterday that the money is yet to be repaid and that it has given him another three months to pay up.

It said that a Freedom of Information request had confirmed that Putman, who was jailed for seven years in 1993 for raping a 17-year-old pregnant girl, stills owes the ‘full confiscation order amount of £939,782.44’.

He undertook the scam in 2009 alongside Giles Knibbs, an employee of Camelot, which runs the National Lottery.

He received millions after Knibbs, who worked in the company’s fraud detection unit, made a fake ticket.

Putman then submitted this and it was accepted despite missing the bottom half and having no barcode. 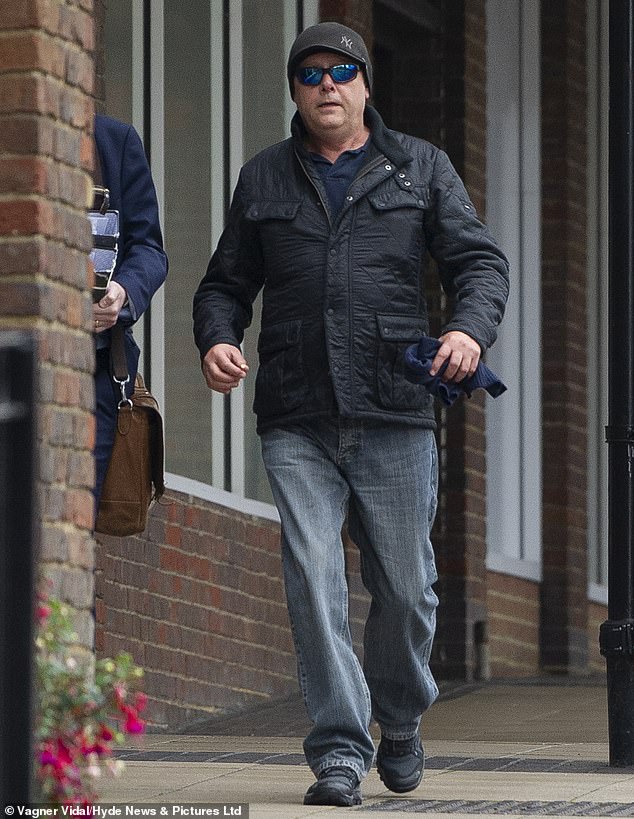 Putman was told another six years could be added to his sentence if he does not hand over his assets, valued at £939,782.44 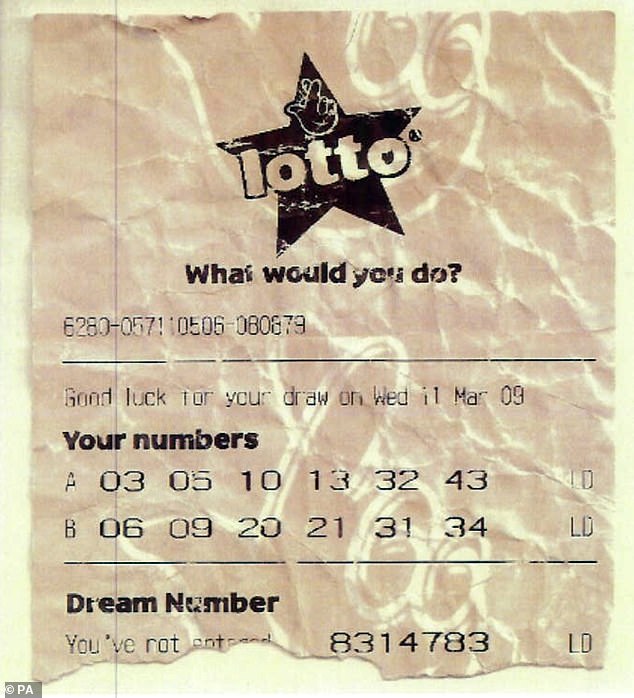 Putman called Camelot to come forward as the winner and said he found the ticket under the seat of his van. The ticket was accepted as authentic even though it was missing a barcode 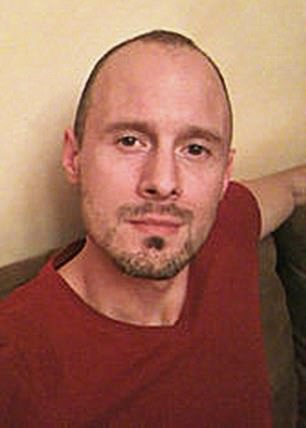 The former bricklayer told Camelot he had found the ticket under the seat of his van, and claimed it days before the six-month time limit.

After this Putman was jailed for three months in 2012 after he was found fraudulently claiming £13,000 in benefits despite the lottery win.

He and his partner allegedly lived a jet set lifestyle, flying all over the world and buying multiple properties.

But his relationship with Knibbs deteriorated after his co-conspirator began to feel he had not received his fair share of the £2.5million prize.

The Camelot worker went on to confess what he had done to loved ones, before killing himself in 2015.

After his suicide police found notes detailing the fraud, and an investigation was opened, but it was closed when Camelot was unable to locate the alleged forgery.

It was then opened again in 2017 when the ticket was finally located by a Camelot employee, and he was charged in 2019.

He was found guilty by jury and sentenced to nine years in prison. 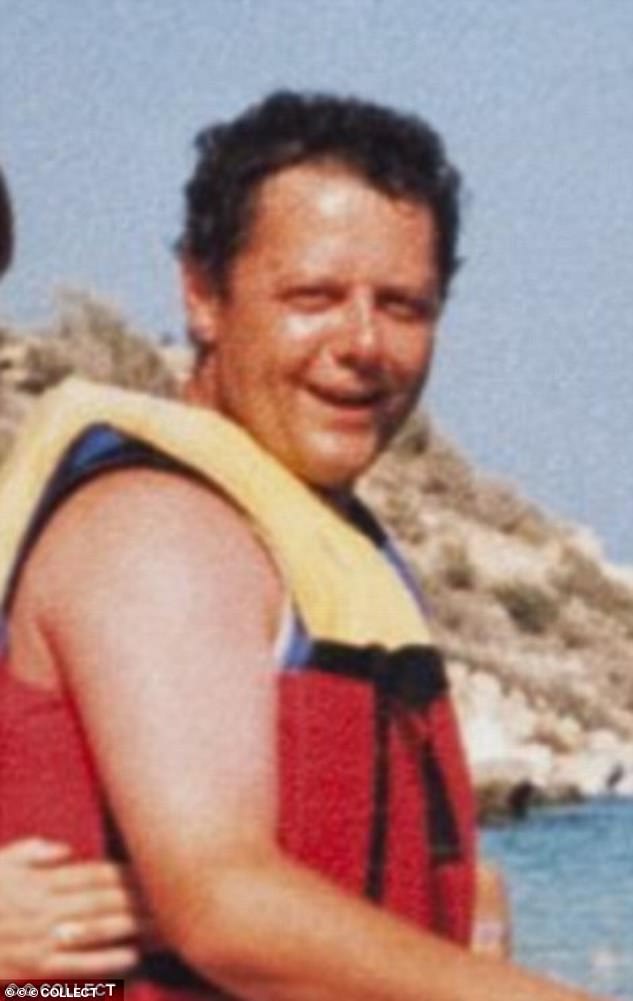 Passing sentence at the time, Judge Grey said the ‘sophisticated, carefully planned, and diligently operated fraud’ struck at the heart of the integrity of the National Lottery.

He said: ‘You would have got away with this but quite plainly you were greedy.

‘Whatever the exact monetary split you and Mr Knibbs had agreed, you did not pay him what split he felt he was owed. The two of you fell out spectacularly.

‘This crime struck at the integrity of the National Lottery. You have also undermined the public’s trust in the Lottery itself.’ 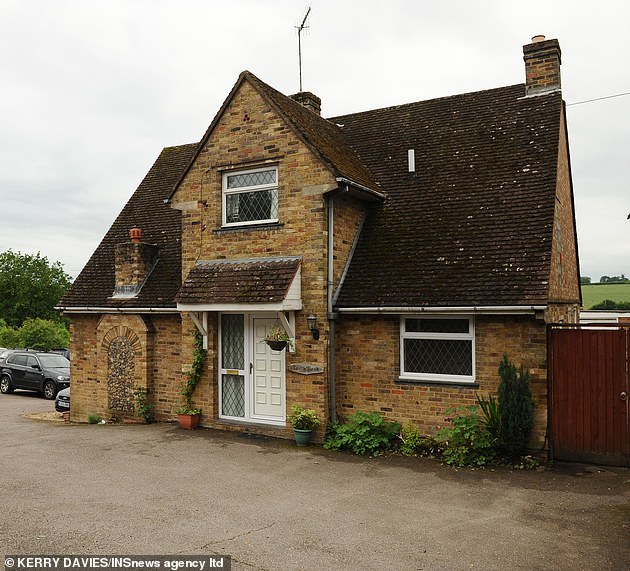 In a hearing at St Albans Crown Court in January, Putman was told another six years could be added to his sentence if he does not hand over his assets, valued at £939,782.44, within three months.

He could also lose his house and land in Kings Langley, Hertfordshire, where he had planned to build a hotel.

The house, close to the M25, currently stands in a scruffy, unkempt state with curtains drawn shut and the land resembles a vehicle graveyard with at least twenty cars and vans parked up alongside caravans and mobile homes.

His barrister Lawrence Selby said: ‘Mr Putman does not accept or agree the benefit figure or realisable assets, but will not be contesting these proceedings.’