An ex-commando who stabbed his neighbours to death while their children slept upstairs following a long-running dispute over parking was convicted of both murders today.

Collin Reeves killed Stephen and Jennifer Chapple in a frenzied attack using a ceremonial dagger he had been given on leaving the Royal Engineers.

They were stabbed six-times each and left slumped in a pool of blood in the living room of their home in Norton Fitzwarren, near Taunton, Somerset, on November 21 last year.

Earlier that evening Reeves’ wife Kayley has asked him for a trial separation, telling him she could no longer take any more of his ‘s***’.

The 35-year-old defendant had become involved in a bitter row with his neighbours over where Mrs Chapple, 33, parked her car and he blamed them for putting strain on his marriage. 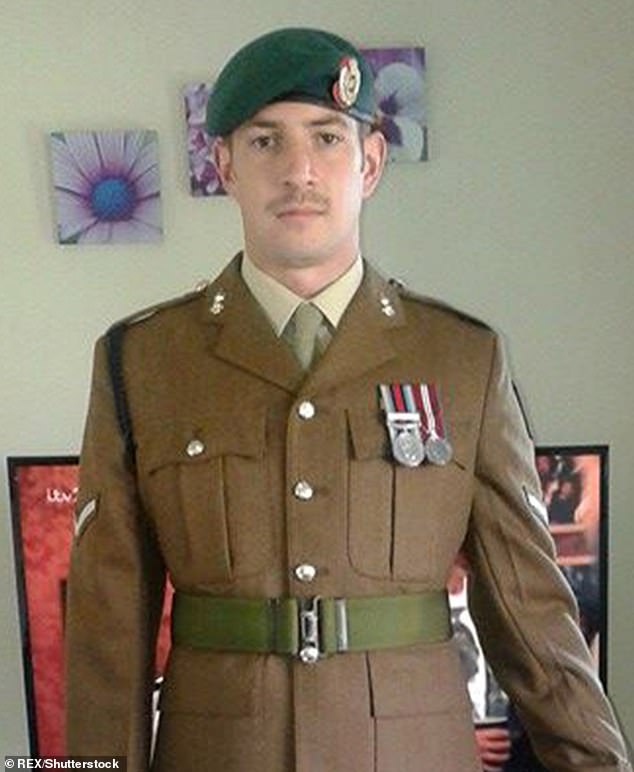 Reeves is an ex-commando who served in Afghanistan. He stabbed the Chapples to death using his ceremonial dagger 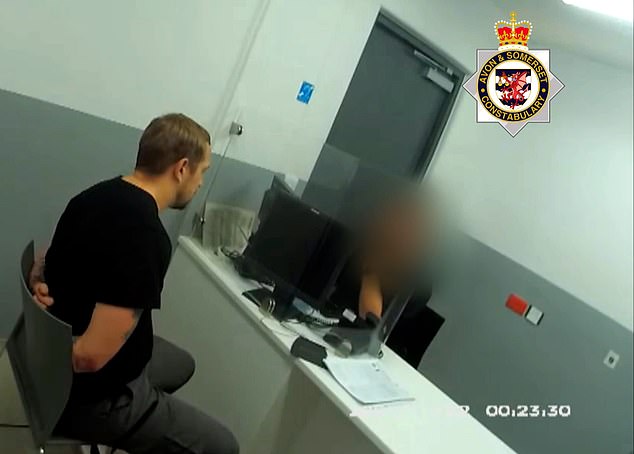 Reeves was taken into custody following the killings, which came after a long and bitter row about car-parking space during which he called Mrs Chapple a ‘f****** f****** c***’ 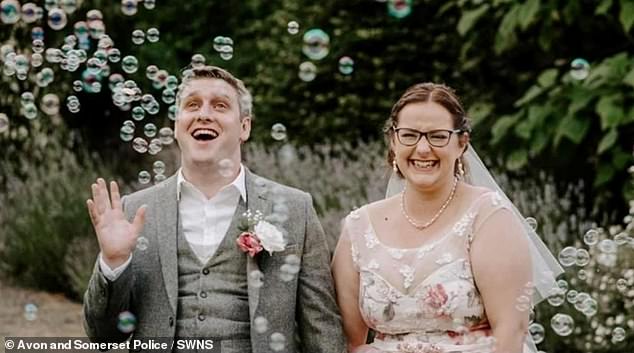 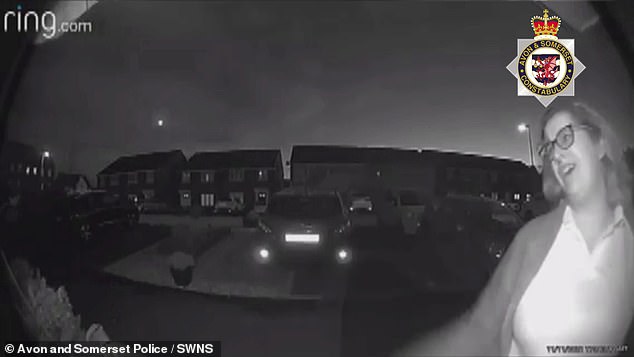 Reeves, who served in Afghanistan, claims he suffered an abnormality of mental functioning when he killed the couple.

He denied their murder but admitted the lesser charge of manslaughter on the grounds of diminished responsibility.

However, the jury at Bristol Crown Court reached a unanimous verdict this afternoon and found him guilty on both counts.

Reeves and his wife had initially been friendly with their neighbours, but their relationship soured last May after Mrs Chapple passed her driving test and bought a car.

Their part of the new-build estate they lived on only had parking for one car per household and Mr Chapple, 36, already used their designated space for his vehicle.

Instead, Mrs Chapple parked her small sky-blue car on the road but in doing so slightly blocked the space used by Reeves, whose car had already been damaged by Mr Chapple reversing.

What started as a trivial argument became more and more toxic as the months went by.

Mrs Chapple had been left intimidated when Reeves showed up at the garden centre cafe where she worked and stared at her, while she had numerous clashes with his wife.

One such exchange between both women happened on November 11, ten days before the killings, and the defendant confronted his neighbour later that evening in a foul-mouthed rant captured on a Ring doorbell camera.

He was heard accusing Mrs Chapple of ‘f***ing gobbing off you cheeky little b****.

On the night of the double murder, Reeves had returned home after taking his children to the Christmas lights switch-on in Taunton and had just put them to bed when his wife asked for a two-week trial separation.

He sat for a while on the stairs crying but then went down and took the back off a picture frame where he kept his ceremonial dagger along with treasured images of his time in the military.

Clutching the knife, he went outside after 9pm and used a compost bin to climb over the nearly 6ft-high fence into his neighbours’ back garden.

Footage from a security camera on the Chapples’ home showed him drop down and immediately duck below a window so he could not be seen from those inside the property. 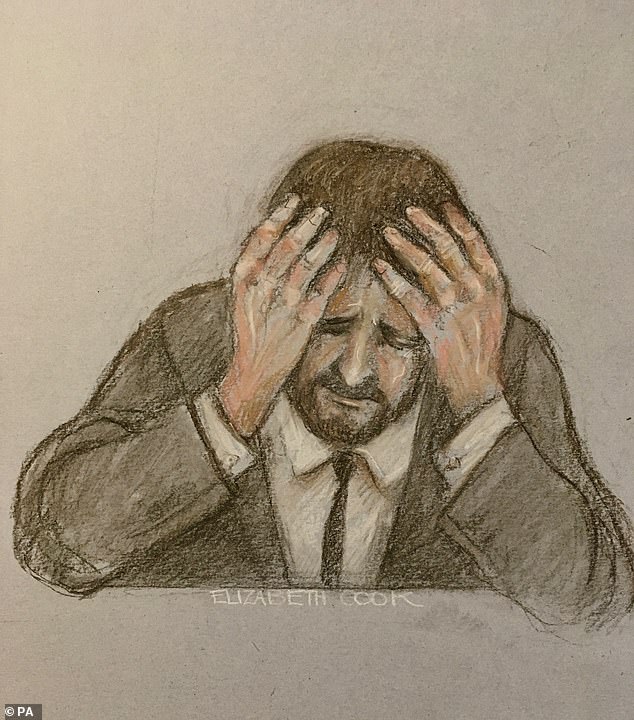 At times during the trial Reeves was clearly distraught. The court was played a clip in which Reeves shouted: ‘die you f****** die’ 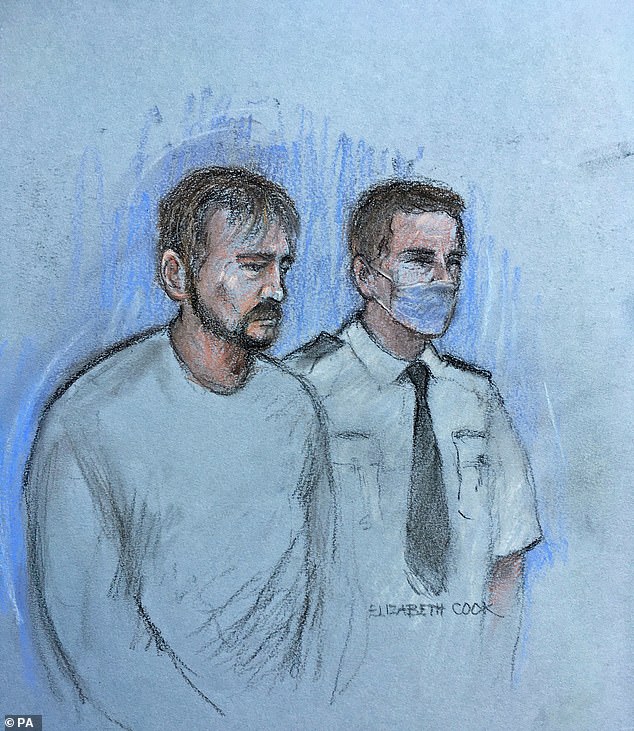 Reeves, pictured at his first court appearance at Taunton Magistrates’ Court, called both the police and his mother and admitted to stabbing the couple

He entered the house through the back door leading to the living room, stabbing teacher Mr Chapple first, who is believed to have gone to investigate who was outside, before attacking Mrs Chapple as she sat on the sofa.

The couple’s two sons were asleep upstairs at the time but did not wake up and were unharmed.

The jury was played a clip in which Reeves is heard shouting ‘die you f****** die’ as Mrs Chapple screams.

He climbed back over the fence, returned home and rang police, telling them: ‘I went round with a knife, I’ve stabbed both of them.’

His parents, Brian and Lynn Reeves, who had been called by the defendant’s wife, arrived soon afterwards and found him pale and in shock.

In the 999 call to police he can be heard in the background justifying the killings to his mother by saying ‘I had to stop them tormenting Kayley’.

Giving evidence earlier this week, Reeves said he remembered little about what happened other than a bright light of the Chapples’ security camera coming on when he climbed into their garden.

He said: ‘I felt as though I had been seen or compromised, white light was a trigger when I was a soldier, when a light goes on or somebody sets off a flare, when that white light goes up something is going to happen.’

Father of two Reeves said he also recalled the handle on his neighbours’ back door being pressed down, telling the court: ‘I had a feeling it was me or them.

He said he felt ‘ashamed and disgusted’ at what he had done adding: ‘I can’t imagine the pain and suffering for their families and friends and their two boys, knowing they can never see their mum and dad again because of me.’

At the police station he gave his name to the custody sergeant as ‘Lance Corporal Reeves, sir’ before telling him he was on ‘an operation’ and ‘I was just doing my job’.

Reeves told the court he had struggled to cope after serving a four-month tour of Afghanistan in 2009 as a driver with 59 Commando Squadron of the Royal Engineers.

Although he himself had not been on patrol, his camp had been the target of enemy rocket fire and he had witnessed casualties.

Shortly after coming home, he said another incident left him traumatized. He was involved in an accident when an old lady fell asleep at the wheel and drove straight into his army truck.

He opened the car door to help but she was covered in blood with the engine on her lap. He said the air ambulance reminded him of injured soldiers being airlifted back to base in Afghanistan and he momentarily blacked out.

Reeves said he ‘drank heavily and often’ after his experiences in the military and had struck his wife during arguments over ‘little minor things’.

He left the Army in 2017 after 15-years and contemplated suicide as he sank into depression and loneliness working as a lorry driver.

In her evidence, his wife, who has maintained contact with him, said he had told her that ‘she would be better off without him’ and said he had become ‘more agitated’ after returning from Afghanistan, adding: ‘When he came back in 2009, he was a different Collin’.

His mother, Lynn, revealed how her son had been the victim of domestic violence at the hands of his father and had seen her being hit on numerous occasions.

She said her husband had sought help for mental health issues but her son tended to bottle up his feelings and never spoke of his childhood trauma to anyone, not even his wife.

Dr Karen Gough, a consultant forensic clinical psychologist, who spent three hours interviewing Reeves in person while he was in custody at HMP Exeter said he had ‘complex PTSD’ caused by trauma from the abuse growing up, his time in Afghanistan and the road traffic collision.

She said that in her opinion on the night of the killings, Reeves had ‘dissociated’ forcing his brain to ‘shut down’.

However, the view was challenged by two psychiatrists, Dr Lucy Bacon and Dr John Sandford, who also assessed the defendant.

Dr Bacon, told the jury that he was not suffering post-traumatic stress disorder from his time in the Army, concluding that although he had symptoms of moderate depression, there was nothing to suggest it undermined his ability to form a rational judgement or exercise self-control.

Dr Sandford agreed and said: ‘He wasn’t suffering abnormality of functioning. He was essentially of sound mind.’ He said that he believed ‘the main factor’ in the killings to be ‘the dispute between the two families.’

A shrine in memory of Mr and Mrs Chapple has now been set up outside their empty home, where Mrs Reeves still lives next door with her children.

Balloons, candles and cards have been left by the front door over the last few days along with photographs showing the happy couple on their wedding day.