Aquinas College in Ringwood, Melbourne, called in police to investigate after it was unable to track down the anonymous students spreading the rumours.

The sensational posts include claims that teachers are paedophiles, students are sleeping with teachers to get better grades, and a Year 7 pupil was dealing drugs to a teacher, the Herald Sun reported.

Another alleged one educator has a ketamine addiction, and other posts contained vile comments targeting both current and former students. 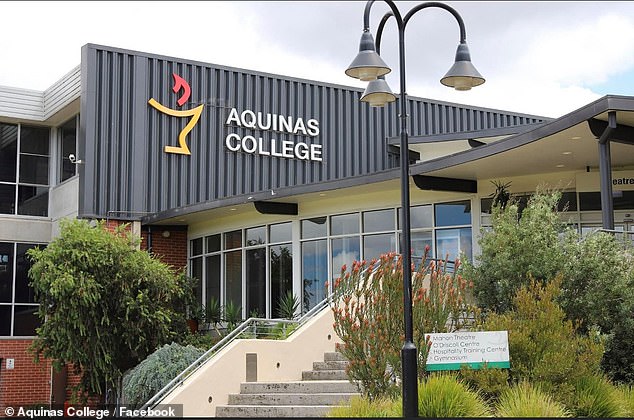 Top Melbourne Catholic school Aquinas College, in Ringwood, has been rocked by bombshell claims about students and teachers made on a series of Instagram pages

The school launched an investigation to discover who was responsible for the pages after receiving multiple reports from parents.

But it was forced to contact police and the eSafety commissioner this week when efforts to identify those involved proved fruitless.

‘My children have a right to feel safe at school. The students behind this should suffer the consequences and be punished,’ one parent said.

‘The content on these pages is vile. I think the school is outstanding and this is just a small minority of the community doing the wrong thing.’

In the page description, the administrators called on students to submit gossip. Some of the accounts have since been shut down.

There are reportedly other schools around Melbourne’s southeast that have similar tittle-tattle social media pages.

Aquinas principal Darren Atkinson said the school was aware of the ‘deeply concerning and harmful’ commentary online and had alerted authorities. 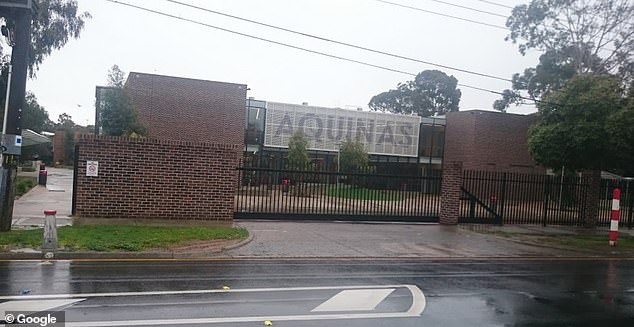 ‘We have repeatedly asked the owner of the site to assist us by removing the offensive content,’ he said.

He encouraged students and families to access the wellbeing process the school has in place and to report  any child safety concerns.

‘The process for reporting a concern is published widely and students receive daily reminders via information screens located across the campus. We take any concern that is reported very seriously,’ he said.

‘This situation further underlines the responsibility for all of us – school, parents and community – to work together to educate our young people about safe and respectful online behaviour.’

‘At this stage we have not received an official report and are not investigating,’ it said.