International flights arriving in Australia will be near-empty from next week as the cost of getting home from abroad skyrockets to as much as $70,000.

Recent flights from New York to Sydney, usually a $2,500 return trip, are now as much as $70,309 one-way, as arrivals into Australia could see major airlines bringing in between zero and five passengers. 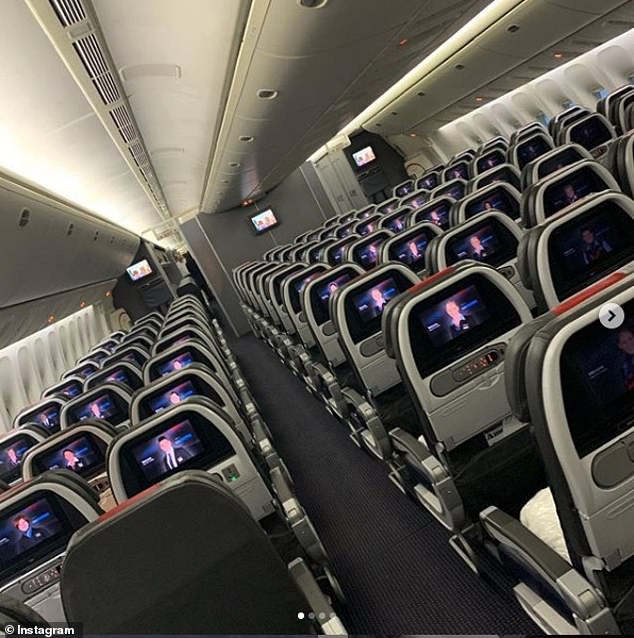 International flights arriving in Australia will be empty from next week as the cost of getting home from abroad skyrockets to as much as $70,000 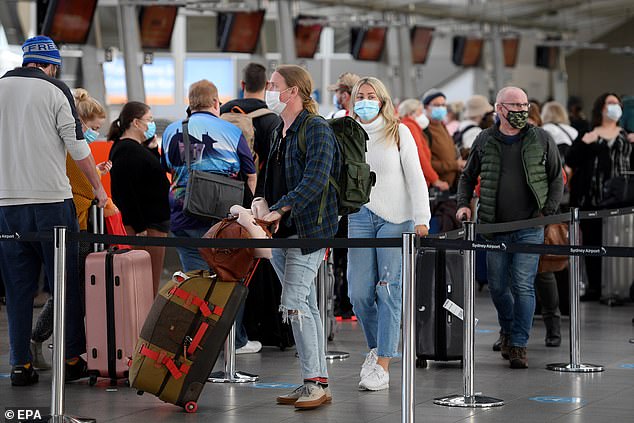 There are still 40,000 Australians stranded overseas who have registered with DFAT wanting to return home – with the latest cuts set to further complicate their ambition

Airlines could be crippled by the flight cap, with the Board of Airline Representatives of Australia confirming as many as 18 international carries will pull their services.

Sydney, which had 42,330 arrivals in May alone, will be accepting just 215 a day for the foreseeable future, with a third of flights arriving empty.

The remaining planes will be restricted to 26 passengers, and the incredibly high fares they will have to offer will scare off the vast majority of passengers.

BARA executive director Barry Adams said the industry was in turmoil upon learning of the flight caps that are likely to last for months.

‘We’re back to the terrible state we were a year ago when the passenger caps first came in,’ he told The Australian.

‘That very low load factor and the very high fixed cost of operating long- and medium-haul flights will mean a lot of passenger flights are no longer commercially viable.’ 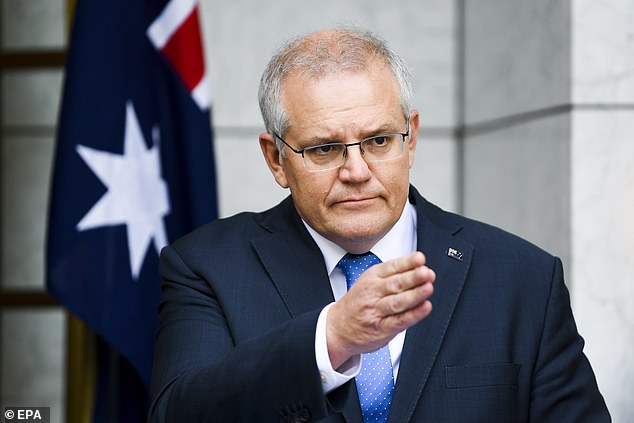 Prime Minister Scott Morrison admitted cutting the number of people coming back into the country wouldn’t solve the crisis but said it was part of the government’s ‘four-phase’ plan out of the pandemic.

‘Simply reducing the caps doesn’t necessarily provide a fail safe, but because of the particular virulence of the Delta strain, it is believed that is a prudent action while we remain in this suppression phase of the virus,’ he said.

‘I would note in recent days and weeks that we have seen demand for those facilitated flights run by the Commonwealth having actually dipped and so those flights we have been bringing in have not been full because there hasn’t been the demand to take those up.’