The FAA has released details about nine new incidents in which air passengers were fined a total of $119,000 for refusing to comply with mask mandates.

The fees come as the Federal Aviation Administration cracks down on Covid restrictions, according to a press release issued by the agency Tuesday. 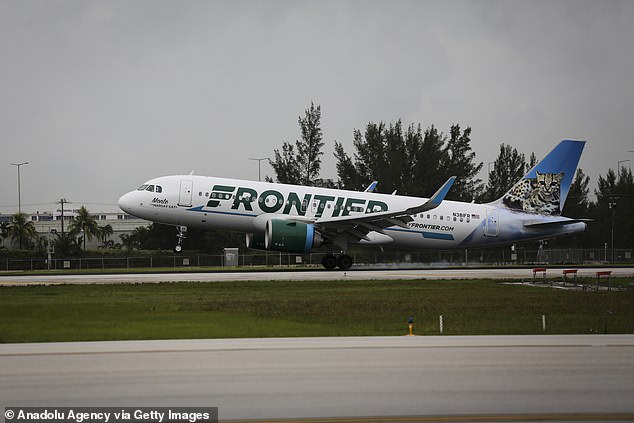 A Frontier Airlines passenger was fined nearly $22,000 after drinking his own alcohol onboard and striking the passenger next to him in the head during an argument over face masks

About 76 percent of the nearly 3,300 reports of unruly passenger behavior since January 1 have involved the use of masks.

A Frontier Airlines passenger traveling from Nashville, Tennessee to Orlando, Florida on December 27 took the biggest hit with a fine of $21,500, according to the FAA.

The man drank his own alcohol onboard, which is against the agency’s rules, and argued with a flight attendant and nearby passengers about the mask policy. 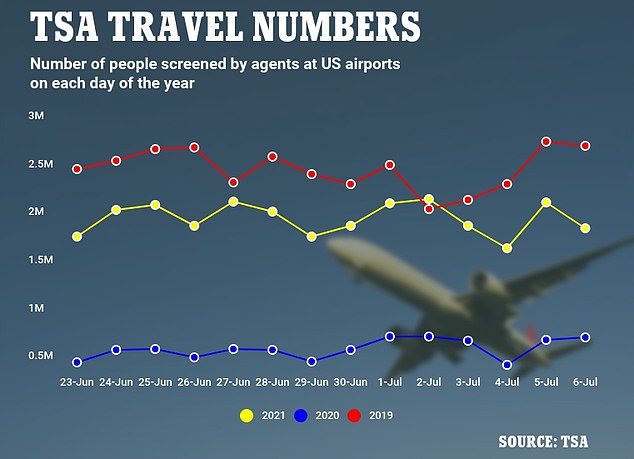 ‘The flight attendant issued the passenger a “red card” for failing to comply with the face mask instructions, but he continued to argue with nearby passengers, ultimately striking the passenger next to him on the head,’ the agency says.

He was reseated and met with law enforcement at the gate upon arrival in Florida.

The FAA does not release the names of passengers who have been fined.

Such passengers are entitled to request a lower penalty, a meeting with the FAA or a hearing with an administrative law judge.

They can also show they are otherwise unable to pay the fine.

‘Anyone against whom the FAA proposes a fine has a right to due process,’ FAA spokesperson Emma Duncan told DailyMail.com

On February 27, a man traveling from Provo, Utah to Mesa, Arizona on Allegiant Airlines refused to comply after a flight attendant instructed him to wear his face covering over his nose and mouth seven different times.

At the end of the flight, he approached the stewardess from behind and touched her.

His behavior ‘intimidated’ the attendant and made her ‘cry,’ according to the FAA.

Two days earlier on February 25, a man delayed a flight from Denver to Los Angeles by 38 minutes after he was told to wear a mask over his nose and mouth at least three different times.

As a result, every passenger had to deplane and the man was not allowed back in. He incurred a fine of $7,500.

The agency has since adopted a ‘Zero Tolerance’ policy for in-flight disturbances.

‘The FAA has seen a disturbing increase in incidents where airline passengers have disrupted flights with threatening or violent behavior,’ the agency said in a statement released January 13. ‘These incidents have stemmed both from passengers’ refusals to wear masks and from recent violence at the US Capitol.’

On February 19 in Indianapolis, a female passenger and her friends were playing ‘loud, obscene music’ and refusing to wear their masks aboard a Republic Airlines destined for Philadelphia, the FAA says.

After the plane left the gate, she threatened the woman in front of her for closing her window shade.

When the rowdy rover was finally asked to leave, she punched the woman, who was holding a ‘small infant,’ in the back of the head.