NRL star Mitchell Pearce admitted he endured ‘the worst year of my life’ after a sexting scandal that saw his wedding to his barre instructor fiancee called off.

The scandal-prone 32-year-old was forced to call off his wedding to former professional dancer Kristin Scott at the end of last year after it was revealed Pearce had sent ‘flirty’ messages to a woman who worked for the Newcastle Knights, the club of which he was captain and starting halfback.

‘It was the worst year of my life,’ Pearce told the Sydney Morning Herald.

‘Stuffing up your wedding, all the shame that came with that. It’s not easy. The noise around the wedding and the families was hard. Super hard. It did make me tired by the end of it.’

Pearce revealed he was drained by the scandal and it was ‘a big part’ of why he is leaving the Knights to join French club Catalans Dragons in the UK Super League on a two-year contract. 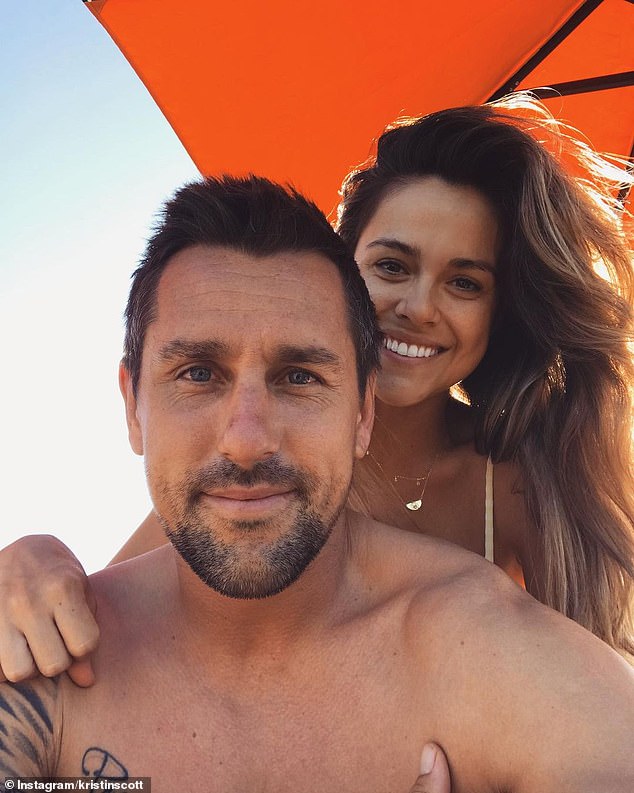 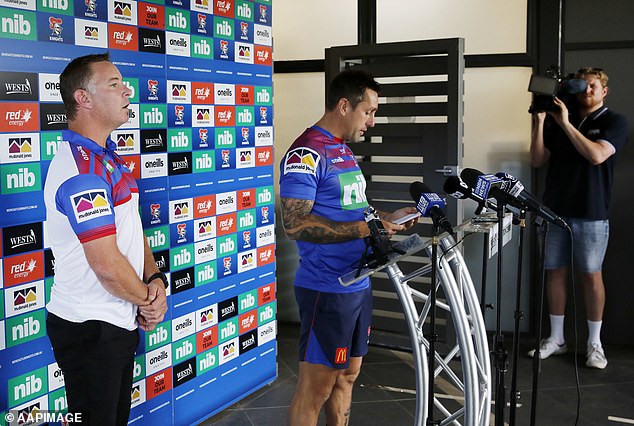 The veteran halfback received the heaviest fine ever imposed on an Australian rugby league player in 2016 when he was docked $125,000 and banned for eight matches after drunkenly simulating a sex act with a dog on Anzac Day that year.

Earlier, in 2014, Pearce was stood down from one Roosters NRL match and fined $20,000 for an altercation in a Kings Cross nightclub.

Despite his indiscretions, the son of rugby league legend Wayne Pearce believes some players in today’s game are being punished ‘when they haven’t really done anything wrong’.

‘But what I don’t like is it’s getting a bit too easy to give people up. The NRL is fining players when they haven’t really done anything wrong. It’s taken the fun out of the game. That stuff is suffocating. Players feel like they’re in a foam box.’ 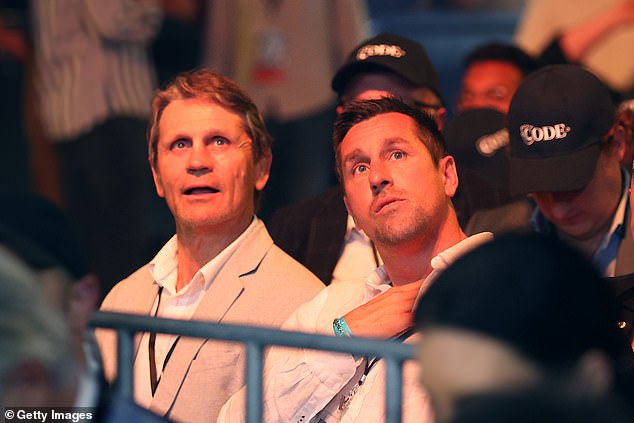 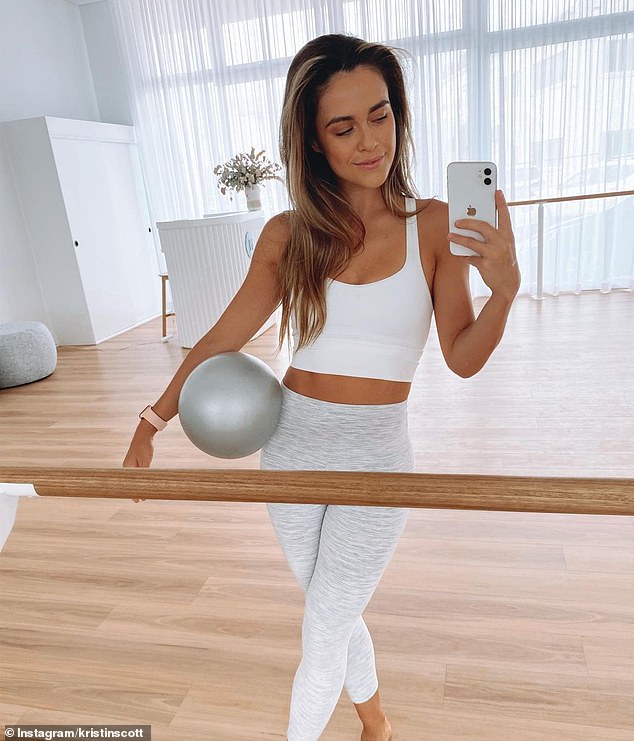 Pearce was due to marry Kristin Scott (above) on December 29 last year in front of 150 guests in Byron Bay, including several big-name NRL stars, before the sexting scandal caused the event’s cancellation 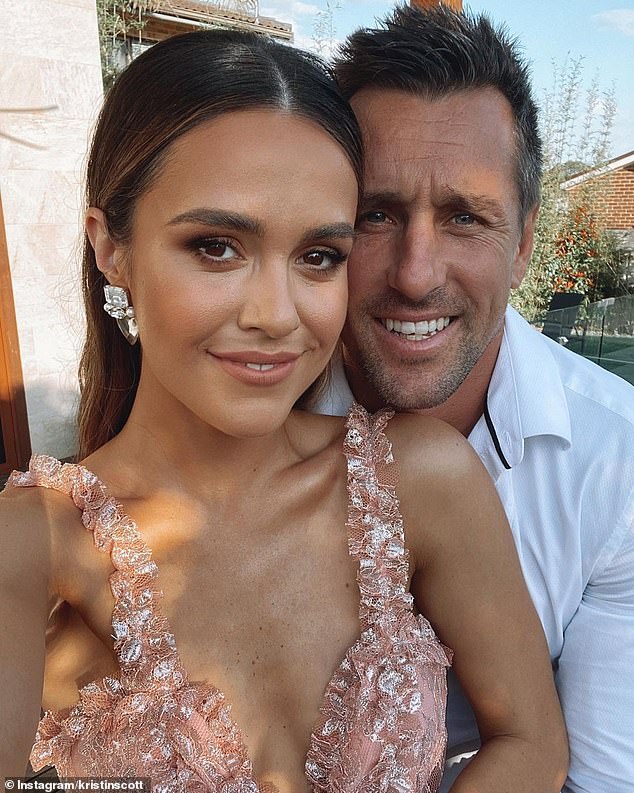 Pearce subsequently relinquished captaincy of his club team, the Newcastle Knights, for the 2021 season to spend more time mending his relationship with his fiancee

Pearce was due to marry Ms Scott on December 29 last year in front of 150 guests in Byron Bay, including several big-name NRL stars.

He initially claimed their nuptials were postponed due to coronavirus, before reports emerged the inappropriate messages to the young woman caused the couple to pull the pin.

A teary-eyed Pearce later fronted Knights team-mates to say sorry after a number expressed anger at his actions.

‘You can be angry at them for a period of time and that was certainly the case but you get over it and get on with it and that’s what we’ve done,’ second-rower Lachlan Fitzgibbon told the Newcastle Herald at the time, after patching up his relationship with Pearce.

Pearce subsequently relinquished captaincy of the Knights to spend more time mending his relationship with his fiancee.

‘For me it’s been a traumatic few weeks for my personal life and those I love,’ Pearce said at a January media conference.

‘Unfortunately my actions have impacted the team and more importantly the people I have closest to me, Kristin and my family.

‘I’m taking steps now to address these issues and I feel it would be in the best interests of the club for me to step down as captain this season.’

He fought back tears as he voiced his love for the Newcastle team and vowed to overcome the embarrassing public incident, which disrupted the club’s preseason campaign.

Ms Scott was later seen watching Pearce as he played his milestone 300th game in March.

Nevertheless, while Ms Scott appears in a couple of posts on Pearce’s Instagram account, he does not feature in any of her posts.

Pearce joined the Knights in 2018 after starting his NRL career with the Sydney Roosters in 2007.

He won a premiership with the Tricolours in 2013 and has made 19 appearances for NSW in State of Origin, finally winning a series in 2019.

Ms Scott, who danced professionally on board international cruise ships and TV shows including Dance Academy, The X-Factor and Puberty Blues, is now a barre instructor with her own studio, Barre Effect.