Hearts donated by people who died of drug overdoses are safe to use in transplant surgeries, two new studies find.

Researchers examined data spanning more than ten years and found no significant difference in mortality between patients whose heart donors did and did not use illicit drugs.

‘We hope that patients who are awaiting transplants are encouraged to accept hearts from donors who had hepatitis C or who died due to a drug overdose,’ said Dr Ravi Dhingra, one of the researchers. 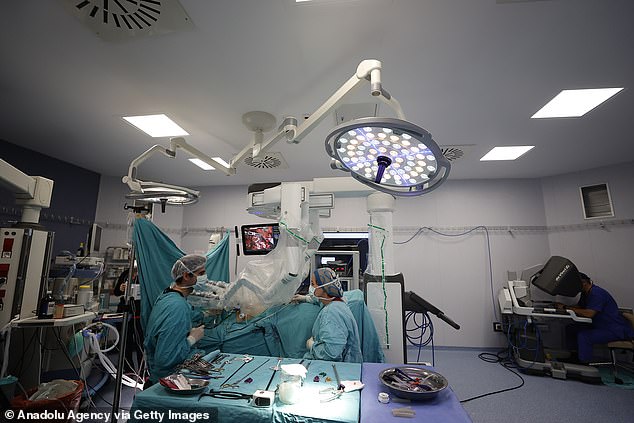 One grim side effect of this record is that many of those who die from a drug overdose are organ donors – and they may be able to donate to a growing list of patients in need of transplants.

The number of patients on the waiting list for heart transplants has also hit record highs in recent years.

In the past, doctors have hesitated to use hearts donated by people who died from a drug overdose – concerned that these organs may confer risks to the transplant recipients.

But new data from the American Heart Association suggests that, in fact, these donated hearts are safe for patients.

‘These findings should encourage institutions who are not routinely using hearts from drug users to do so. It will reduce the waiting time and the number of deaths among people on the heart transplant waitlist.’

Both studies were published Wednesday in journals of the American Heart Association.

The researchers examined the illicit drug use of heart transplant donors using anonymous records from the United Network for Organ Sharing. 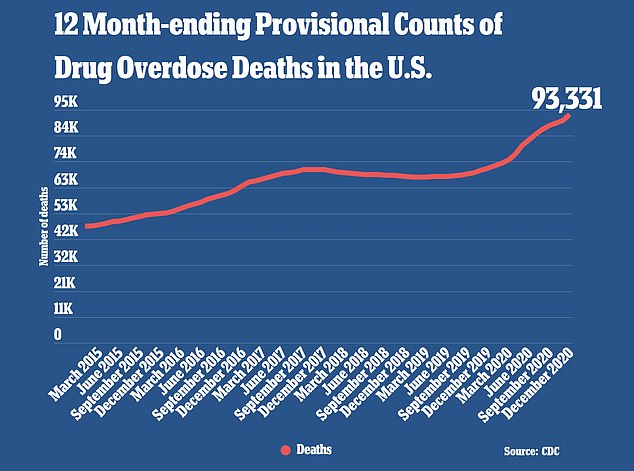 Via the records, the researchers were able to access the results of hospital urine tests taken before the heart donors died. They identified illicit drugs in these urine test results, including opioids, cocaine, methamphetamine, alcohol, and marijuana.

The share of heart transplant recipients who survived was comparable between those whose heart donor had used drugs and those whose donor hadn’t, the researchers found.

For example, after one year, 90 percent of heart transplant recipients whose donors used opioids had survived.

The researchers even found similar survival rates for transplant recipients whose heart donors had used five or more illicit drugs.

‘We thought that illicit drugs like cocaine or methamphetamine, which can lead to heart attacks, would prove to be dangerous,’ Baran said.

‘However, we were wrong. We should not reject a heart from a donor just because they used one or more illicit drugs.’

In the second study, published in the Journal of the American Heart Association, researchers from the University of Wisconsin-Madison compared survival data from multiple-year spans.

They used the same anonymous records as the previous study, but examined survival rates for heart transplant recipients whose donors died from a drug overdose or had hepatitis C. 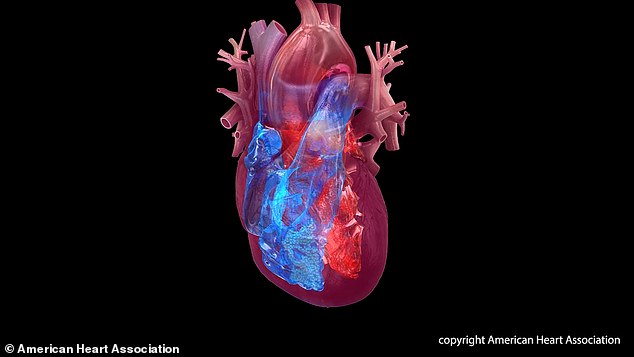 Hepatitis C is a viral infection in patients’ livers that spreads through the blood. It can be transmitted via a shared needle or an organ transplant from someone with the infection.

The infection can now be treated with antiviral drugs that make the disease manageable, however, leading the University of Wisconsin researchers to hypothesize that it is no longer a significant risk for transplant recipients.

Donors in the later period were more likely to use illicit drugs and to have high blood pressure and diabetes, increasing hepatitis C risk.

But the risk of death among donation recipients in the later period, 2013 to 2017, was actually lower than the risk in the earlier period.

Patients who received an organ donation in 2013-2017 were 15 percent less likely to die one month after their transplant, compared to those recipients in 2003 to 2007.

A year later, the difference in mortality risk increased to 21 percent lower for recipients in the 2013-to-2017 group.

‘We hope that patients who are awaiting transplants are encouraged to accept hearts from donors who had hepatitis C or who died due to a drug overdose, if their health care team finds the donor heart to be an appropriate match,’ said lead author Dr Ravi Dhingra, a medical professor at the University of Wisconsin/

Dhingra noted that ‘about 20 percent of patients on the heart transplant waiting list die while waiting to receive a transplant or become too sick to remain good transplant candidates.’

Donations from those who die from drug overdoses may help alleviate this waiting list.