An ex-attorney general of Mexico has been arrested by prosecutors in connection with the 2014 disappearance of 43 students in the Mexican state of Guerrero, who are believed to have been murdered by the cartel.

The mass kidnapping happened on September 26 2014, when 43 male teaching students from the rural village of Ayotzinapa were detained by corrupt police, from Iguala, on their way to a protest before being handed over to the Guerreros United Cartel.

Jesus Murillo Karam served as the attorney general from 2012 to 2015 under former President Enrique Pena Nieto. 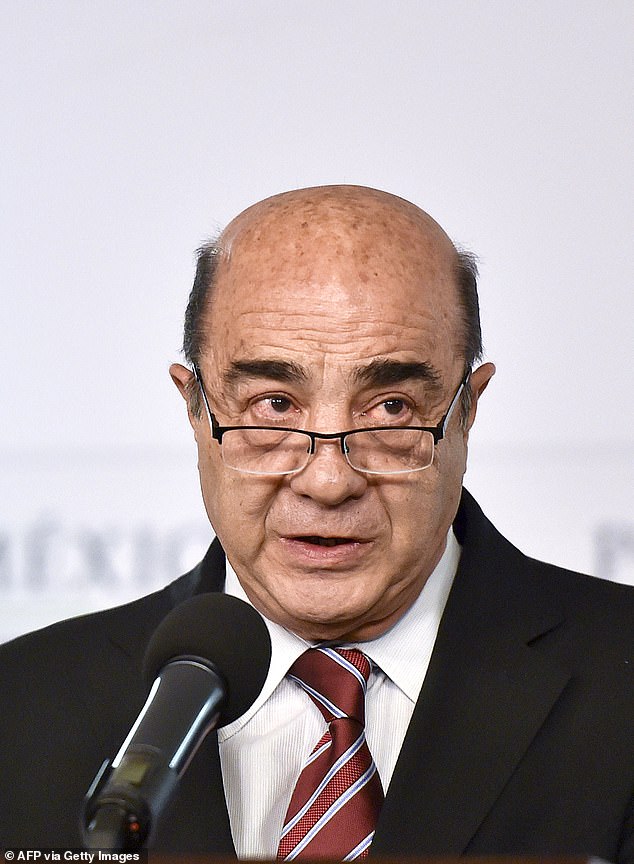 Former attorney general Jesus Murillo Karam has been arrested over connection with the 2014 disappearance of 43 students in the Mexican state of Guerrero, who are believed to have been murdered by the cartel

It is the first time in recent history that a former attorney general has been arrested and marks one of the biggest mass arrests by civilian prosecutors of Mexican army soldiers.

In 2020, Gertz Manero said Murillo Karam had been involved in the crime by ‘orchestrating a massive media trick’ and leading a ‘generalized cover-up’ of the case.

His arrest comes a day after a commission set up to determine what had happened said the army were at least partially responsible in the case. 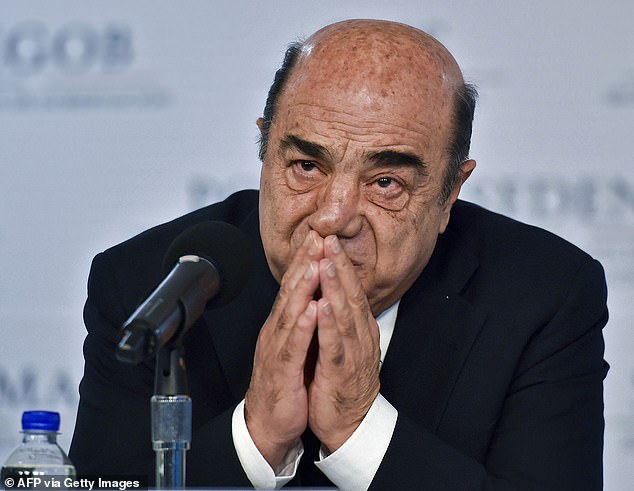 It said a soldier had infiltrated the student group involved and when the army knew the abductions were taking place it did not try to stop the crime.

Corrupt local police officers, other security forces and members of a drug gang abducted the students in the city of Iguala in Guerro state.

Their bodies have never been found, however, fragments of burnt bone have been matched to three of the students. 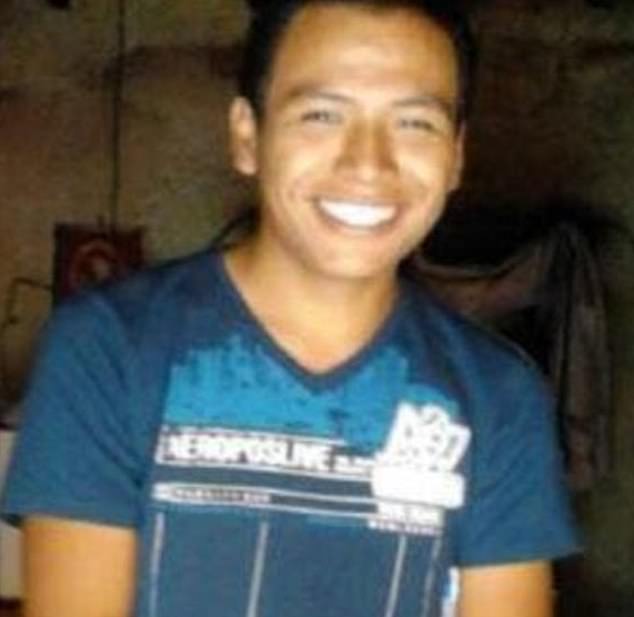 Christian Rodriguez was one of the three students positively identified through DNA analysis of the bone fragment by the University of Innsbruck in Austria. He was on of the 43 students kidnapped by alleged members of the Guerreros Cartel in 2014

Murillo Karam, who came under pressure to quickly solve the case, announced in 2014 that the students had been killed and their bodies had been burnt at a garbage dump in nearby Cocula by members of the drug gang.

He then said the gang tossed the burned bone fragments into the river – he called the hypothesis ‘the historic truth’.

Later investigations by independent and the Attorney General’s Office, corroborated by the truth commission, dismissed the idea that the bodies were incinerated at the Cocula dump.

These investigations concluded that instances of torture, improper arrest and mishandling as evidence allowed most of the gang members involved in the crime to walk free.

The incident occurred near a large army base and independent investigations have found that members of the military were aware of the goings on.

The students’ families have long demanded that soldiers be included in the investigation. 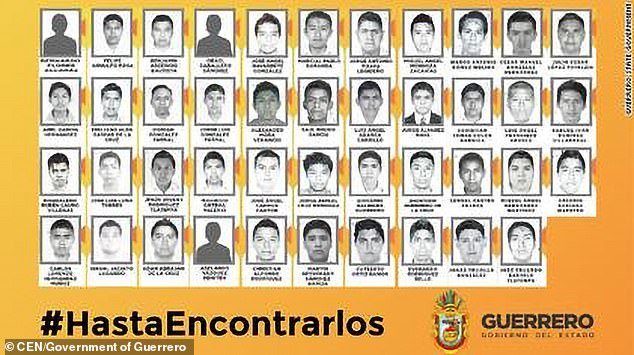 The 43 teaching students from Ayotzinapa Rural Teachers’ College in 2014

On Thursday, the commission looking into the case said one of the abducted students was a soldier who had infiltrated the radical teachers’ college, but the army did not search for him even though it had real-time information that the abduction was occurring.

The commission said the inaction violated army protocols for cases of missing soldiers.

The defense ministry did not respond to requests for comment. 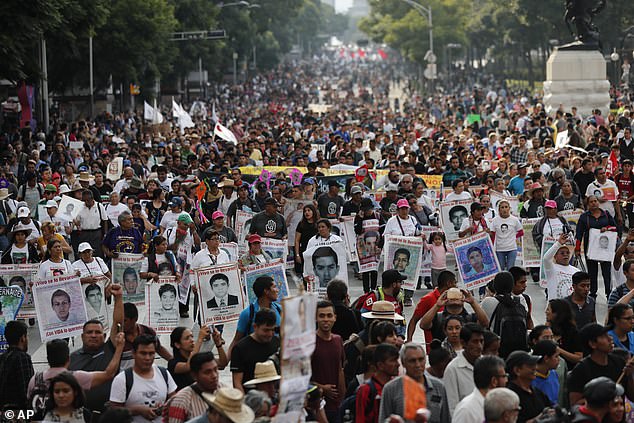 Prior to reforms in Mexican law, the army had been allowed to refer soldiers accused of wrongdoing to separate military courts, but now soldiers must be tried in civilian courts if their offences involve civilians.

The Institutional Revolutionary Party, which both Murillo Karam and Pena Nieto belonged to, wrote in its Twitter account that the arrest of the former attorney general was ‘more a question of politics than action’ before adding ‘this action does not help the victims’ families get answers’.

Mexican federal prosecutors previously issued arrest warrants for members of the military and federal police as well as Tomas Zeron, who was the head of the Mexico’s federal investigation agency at the time of the abduction.

Zeron is being sought on charges of torture and covering up forced disappearances.

He fled to Israel and Mexico asked the Israeli government for help in his arrest.

Gertz Manero said that in addition to Zeron’s alleged crimes connected to the case, there are also claims that he stole more than $44 million from the Attorney General’s Office budget.