Kanye West is no doubt feeling more at ease after learning he will not be facing any charges in connection to the case where he was accused of punching an autograph seeker earlier this year.

Having found out there just wasn’t enough evidence for the Los Angeles City Attorney’s Office to charge him on Tuesday, the hip hop superstar has since enjoyed some relaxing time, which included a stop for a meal at Giorgio Baldi on Friday.

He was seen leaving the luxurious family-run Italian restaurant, a hotspot for celebrity clientele, trying to go incognito in a hooded sweatshirt and baseball cap. 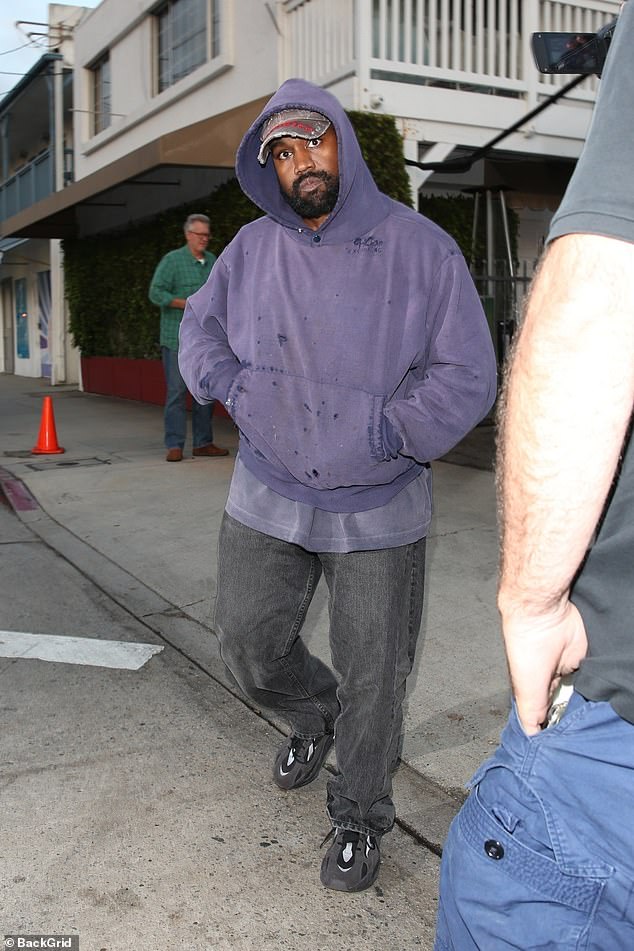 West, 45, looked a bit disheveled dressed in a distressed purple sweatshirt with the hood pulled up over a multi-colored baseball cap.

The City Of Gods star also sported a slightly unkept beard and mustache.

In keeping with his casual theme, the famed rapper, music producer and entrepreneur also wore a distressed t-shirt underneath his hoodie with black denim jeans and matching sneakers.

Staring straight forward or at the ground, the All Falls Down rapper and music producer kept to himself. 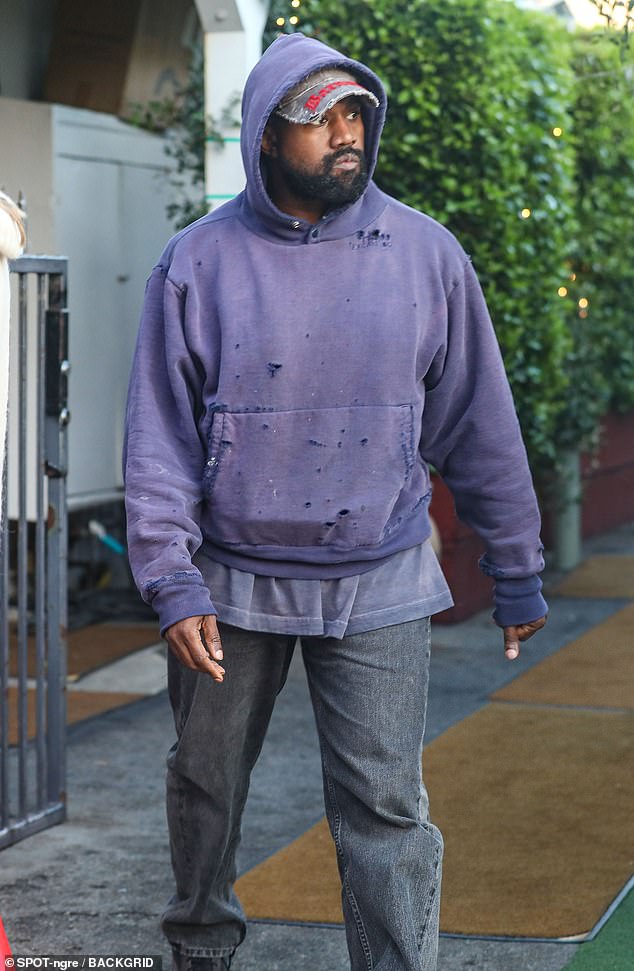 Low-key: West, 45, looked a bit disheveled dressed in a distressed purple sweatshirt with the hood pulled up over a multi-colored baseball cap 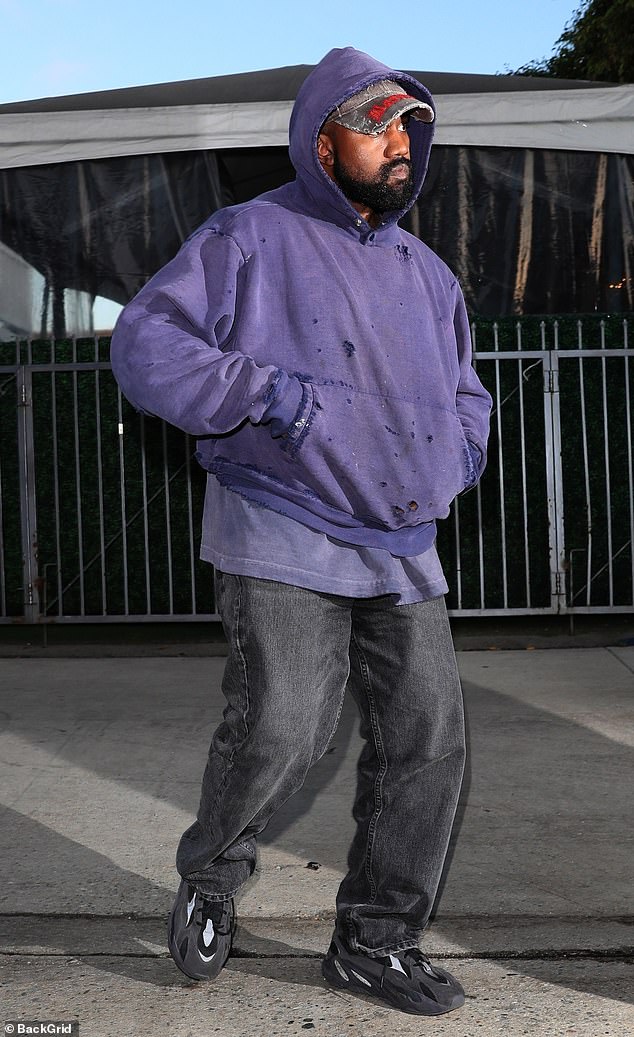 No charges: Three day earlier, West got word that he won’t face criminal charges for that incident where he was accused of hitting a fan who was asking for his autograph in January

Just three day earlier, Ye got word that he was in the clear and would not be charged after he was accused of hitting a fan who was asking for his autograph outside the Soho Warehouse, a members-only club in Downtown Los Angeles, around 3 a.m. in January of this year.

‘After a thorough and careful review of all the evidence, our office is declining to file based on no reasonable likelihood of conviction,’ the Los Angeles City Attorney’s Office announced in a statement reported by TMZ.

The gist of the decision not to move forward was based on an overall lack of evidence.

A video that captured some of the incident, but not the alleged punches, revealed a man claiming to be West’s cousin trying to talk with him, and Ye yelling back at home to ‘get away from me!’ 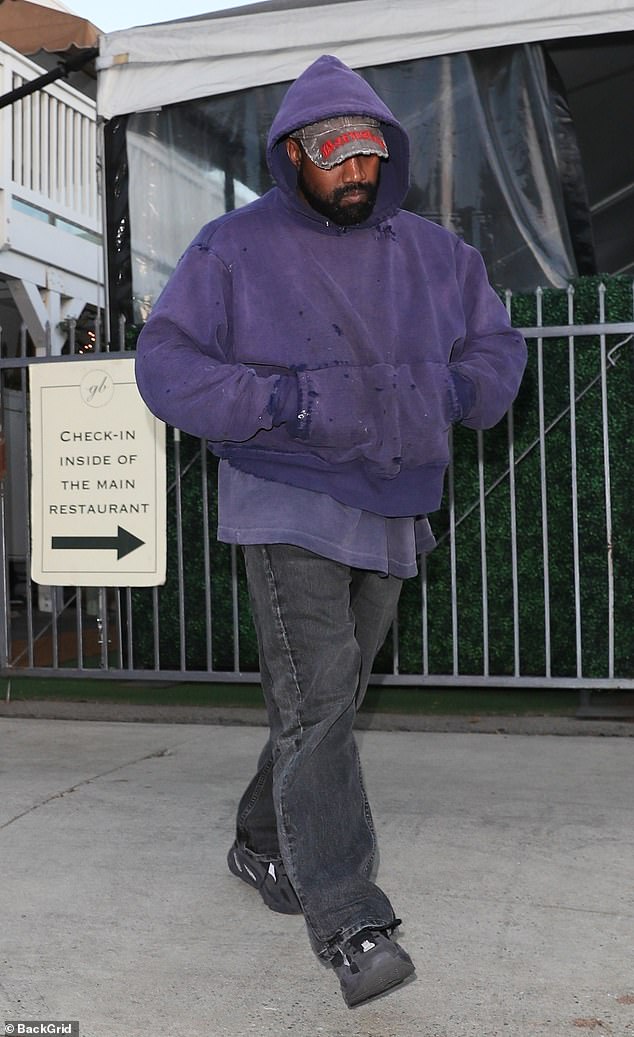 In the clear: The rapper and music producer’s attorney maintains his client ‘did nothing wrong’, in connection to the incident outside the members-only club in Downtown Los Angeles

TMZ had reported that West allegedly punched him twice, first in his neck then to his head after a heated exchange.

An attorney for West, Michael A. Goldstein, told Forbes his client is ‘satisfied with this resolution as it recognizes my client did nothing wrong.’

Goldstein said West had ‘made every effort’ on several occasions to disengage from this person ‘whose behavior became that of an aggressive stalker’ and followed him to three different locations, and said he provided the LA City Attorney’s office with video, photos and witness testimony proving so.

West has been promoting his latest studio, his eleventh, which dropped in late February, on the heels of the first two singles Eazy and City Of Gods.

Donda 2 and his previous studio album Donda, released in August 2021, where both named after the Georgia native’s late mother, Donda West, who suddenly passed away in November 2007. 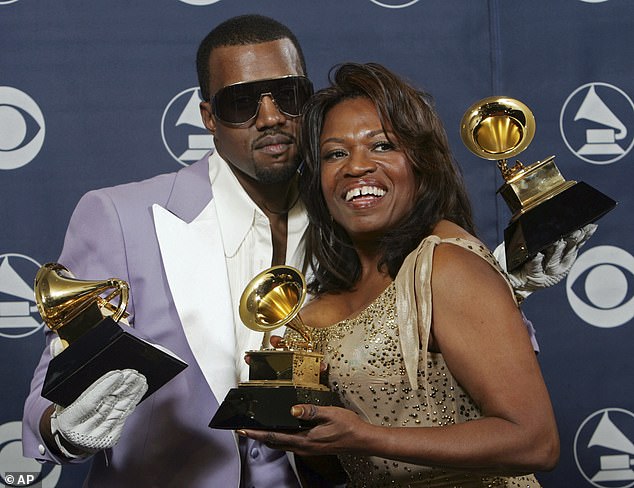 Tribute: West named his last two studio albums – Donda and Donda 2 – after his late mother Donda West; she’s pictured in February 2006, more than a year before her sudden death