Two people are lucky to be alive after devasting house fires destroyed units with their occupants inside.

One man in his 60s is fighting for life following a series of explosions inside a Sydney unit possibly triggered when a gas stove was left on.

Firefighters were called to Trafalgar Parade at Concord in Sydney’s inner west shortly after 2am on Saturday, with neighbours reporting hearing loud bangs and windows blowing out.

Crews arrived to discover flames coming from the top floor of the three-storey building.

A man inside the engulfed unit jumped to safety from the third floor and sustained serious burns and cuts to his head, chest and arms. 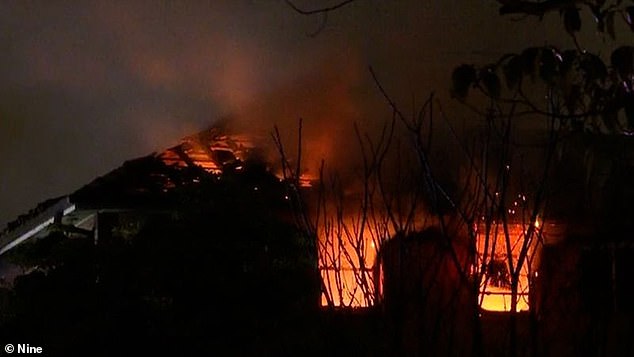 Two people are lucky to be alive after devasting house fires destroyed units with their occupants inside (Pictured, the blaze at Concord) 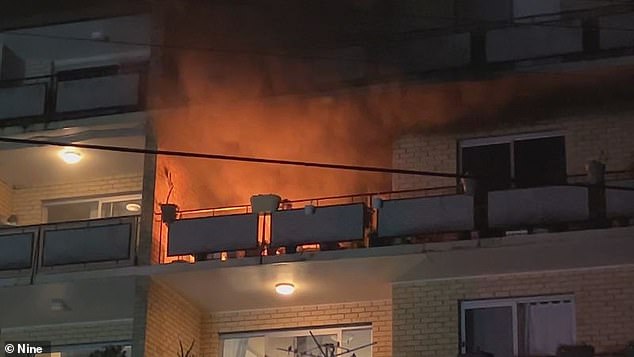 A 94-year-old woman had to be rescued by firefighters at Dee Why after a fire broke out inside her home (Pictured, the Dee Why unit fire)

An off-duty paramedic treated his injuries before ambulance officers took over and transported him to hospital in a critical condition.

Neighbours managed to evacuate before the blaze took hold.

Police have declared a crime scene at the property and are working with specialist fire investigators to establish a cause.

It’s believed the occupant may have lit a cigarette near the unit’s stove, triggering the blasts.

On Sydney’s north side, a 94-year-old woman was unable to leave as a fire took hold inside her unit at Dee Why.

Fortunately firefighters arrived in time to enter her burning home and escort her outside to safety.

The woman suffered minor smoke inhalation and was taken to hospital where she is recovering.