Keeping elephants in zoos or safari parks is to be banned, the Daily Mail can reveal today.

Legislation will prohibit importation of any new animals and the existing population will be allowed to die out naturally.

The move by environment minister Zac Goldsmith is likely to delight Boris Johnson’s wife Carrie, who is a champion of elephant welfare.

Campaigners have long warned that the highly intelligent animals suffer from mental illness in zoos.

They are also plagued in captivity by illnesses, including crippling arthritis, and live on average for just 17 years according to the RSPCA. This compares with more than 50 years in the wild. The legislation will bring to an end more than seven centuries of elephants being kept in captivity in Britain. 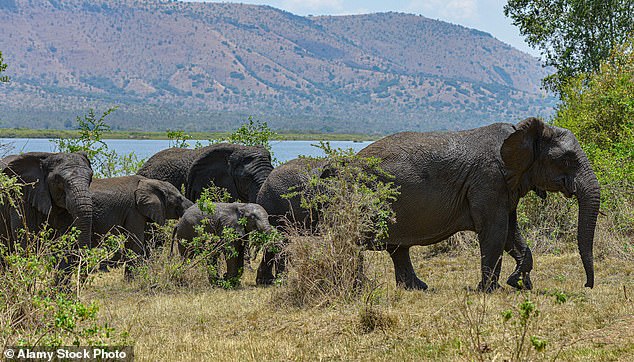 The first arrived in 1255, a present to Henry III from Louis IX of France. It was described as ‘a beast most strange and wonderful to the English people, sith most seldome or never any of that kind had been seene in England before that time’.

The Government is due to receive the results of a report on the welfare of elephants in captivity soon. It is understood that it argues against keeping them in zoos. A senior source said: ‘Once the current load of elephants die out we will say you can’t replace them.

‘It’s impossible to keep them in conditions where they are happy, the space is too small.

‘In the UK the biggest elephant enclosures are so minute. They grub up the environment so quickly too – they have an incredibly important role in that but if they are in such a small area they destroy everything.

‘It’s very likely we are going to say you can’t make elephants happy in zoos, we should instead be focusing on elephant conservation in areas that have elephants.’

This policy is part of wider zoo reforms, due to be announced as part of the Kept Animals Bill later this year.

Government officials told the Daily Mail that the use of animals solely for entertainment will be phased out. 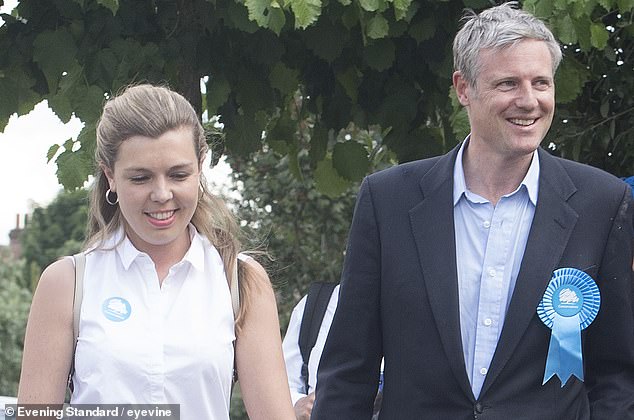 The move by environment minister Zac Goldsmith (right) is likely to delight Boris Johnson’s wife Carrie (left, campaigning together in 2017), who is a champion of elephant welfare

Mark Jones of the charity Born Free said: ‘There are many species that don’t belong in zoos, elephants are very much one of those species. It should be phased out, the needs of these very wide roaming, very complex social animals cannot be met in a captive environment.’

MPs have been campaigning on this issue for some time, particularly through the influential Conservative Animal Welfare Foundation.

Lorraine Platt, chairman of CAWF, said keeping elephants in zoos was cruel, adding: ‘It isn’t appropriate to keep elephants in zoos. They need to have large spaces in which to roam and also they have close knit family groups as well.’

Public outrage was triggered in 2011 when welfare campaigners revealed footage of Anne, the last circus elephant in Britain, chained in a Northamptonshire barn with shackles around her legs. Daily Mail readers raised £410,000 in donations, to help pay for a retirement in a state-of-the-art enclosure at Longleat, where she remains.

There are 51 elephants in 11 zoos across the UK, including at Woburn, Whipsnade, Colchester and Chester. It has been illegal for circuses to keep elephants since January 2020.

In the wild, they live in large herds and are migratory animals with highly complex social lives. Some travel hundreds of miles each year.

The Prime Minister’s wife is head of communications for the Aspinall Foundation, which runs two conservation zoos.