A simple rule saw a former navy mum start a multi-million dollar organisation business after becoming ‘overwhelmed’ on maternity leave – if it isn’t on the wall planner it doesn’t get done.

Kelly Walter, 40, from the Mornington Peninsula in Victoria, thrives under pressure – something which helped in her role as a logistics officer for the Royal Australian Navy.

Throughout her 13 year career, the mother-of-two had to make sure there was enough food and medical supplies on board ships at all times and prided herself on her ability to ready for short notice deployments abroad.

But none of this prepared her for the challenges of becoming a new mum – with the businesswoman telling FEMAIL she couldn’t get through a day without feeling anxious and bursting into tears.

‘When I was on maternity leave with my first child I found being a mother very difficult,’ she said.

‘I was a naval officer capable of many things, no stranger to difficult challenges, but this baby wouldn’t do what I wanted it to,’ she said.

‘On a ship you give orders and they are obeyed. But that wasn’t the reality at home.’

Kelly, who was used to daily orders being sent out on the ship each morning, said she was constantly writing things down on scraps of paper only to forget about them anyway. 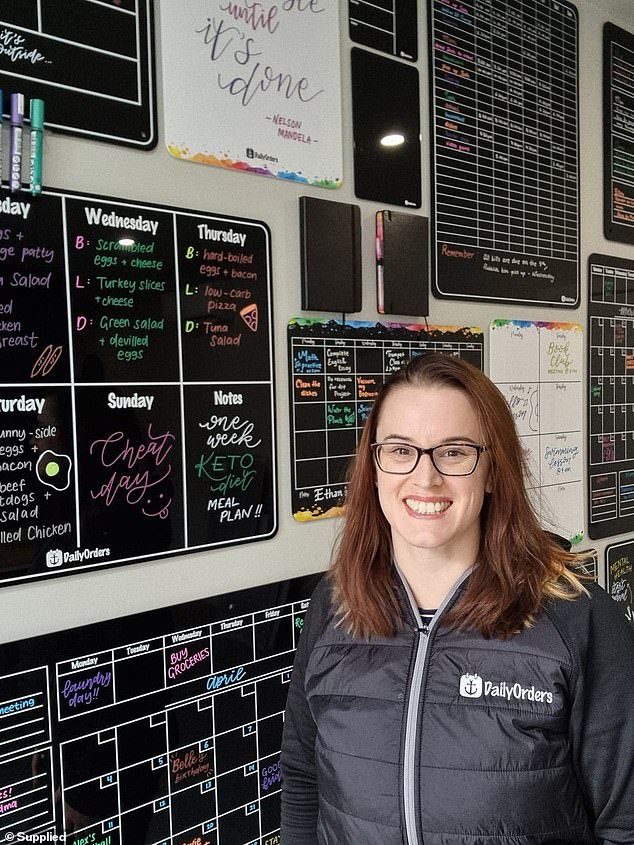 Kelly puts everything on her Daily Orders board at home – and doesn’t miss the days of writing things down on scraps of paper. She has made millions from the business idea 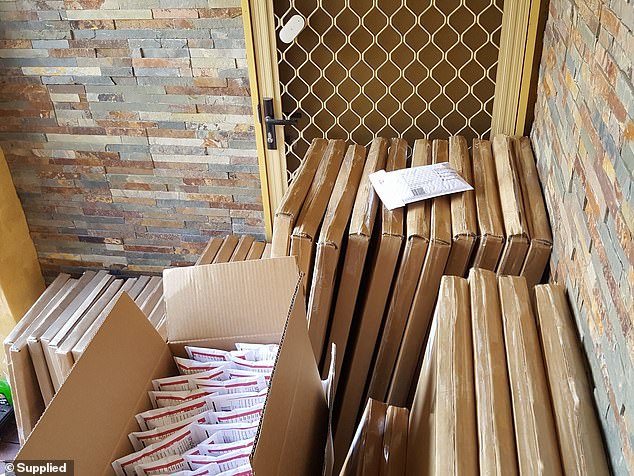 This feeling of being overwhelmed followed her into her second stint of maternity leave in 2015 – where she became exhausted by having to relay plans to her FIFO husband and three-year-old while looking after her newborn.

It was then she decided to make her own version of the naval Daily Orders, a large acrylic board mounted on the wall in her loungeroom detailing the family’s schedule.

And it worked so well she decided she could go into business, helping other families get back on track and organised. Now her eye-catching planners are in over 40,000 homes.

‘It stands out, it is hard to miss – unlike calendars which get used for a month or two before being forgotten,’ she said.

In a nod to her career in the navy Kelly decided to call the business Daily Orders.

‘I still remember putting in our first order, for 12 planners,’ she said.

This was when the business operated from the family home – with the stock stored under the spare bed. 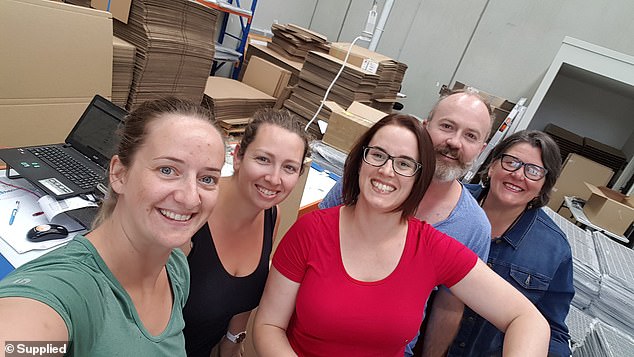 Kelly pictured at work in her factory with her mum, husband and co-workers Nadia and Katie in the factory

‘Now we make orders of 500 at a time, and probably do them twice a month,’ she said.

The business has gone from strength to strength and its popularity exploded during the pandemic.

‘I always hoped it would be more than a side hustle but it has been surprisingly successful,’ she said.

Kelly went from feeling like she was failing, to thriving in business and owning her own warehouse and factory where the planners are made.

‘It really helped improve the communication in our home, the kids could draw pictured on it when they were small, now they write on it,’ she said.

The huge 1.2 metre monthly planner has all of the after-school activities on it for the children, as well as everything she and her husband have to do day-by day.

‘If it isn’t on the planner then it doesn’t get done,’ she said.

‘The kids also have their own chore list planners, this includes things like get dressed, brush teeth,’ she said.

And her husband is the most avid user of the planner. 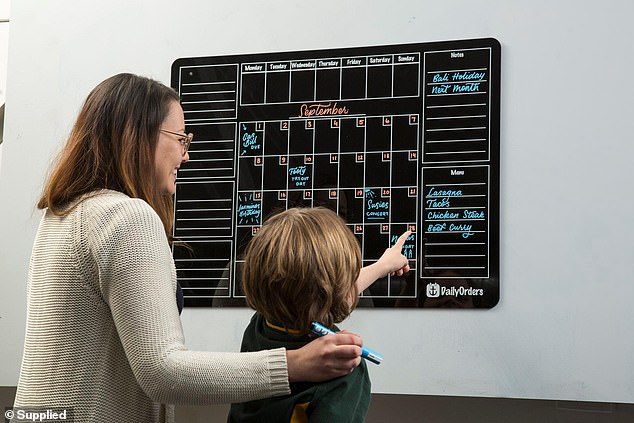 The medium-sized command centre, pictured, is the most popular, Kelly revealed – however she and her family use the largest one

‘He really likes using it, he likes to be able to see exactly what is happening and it helps him plan his week as well.

The family don’t use the planner to detail their meals – but she says many of her customers do – using a smaller planner on the fridge.

Kelly is also NDIS certified which means she can help people living with disability become more independent by offering them products from her range.

After founding Daily Orders, Kelly left her job with the navy but says she is busier than ever. 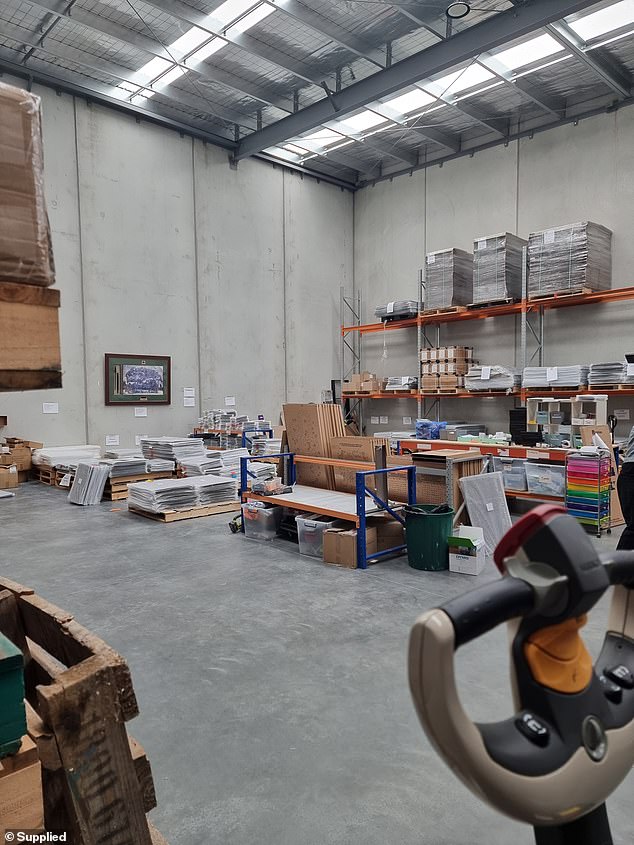 ‘Work doesn’t stop now, especially with the rise of social media – I am always contactable,’ she said.

‘When I was with the navy I would leave work and that would be it for the day.’

Kelly now leaves social media queries alone after five and directs her staff to do the same.

The planners ‘last for many years’ and are best mounted on plasterboard walls, Kelly explained.

‘Daily Orders has been seven years in the making and it is doing very well,’ she said proudly.

The busy mum believes her career in the navy helped to give her the confidence she needed to start her own business.