Water firms are illegally dumping sewage through more than 870 discharge pipes without permits, a probe has found.

Such pipes allow untreated sewage to flow into rivers and seas during heavy rainfall.

But water companies are required to have permits, so they can only release sewage under strict conditions which control the impact on the environment.

Northumbrian Water has 61 sewage discharge pipes in use without permits, Channel 4’s Dispatches found. Welsh Water has 184 in use which do not have permits. 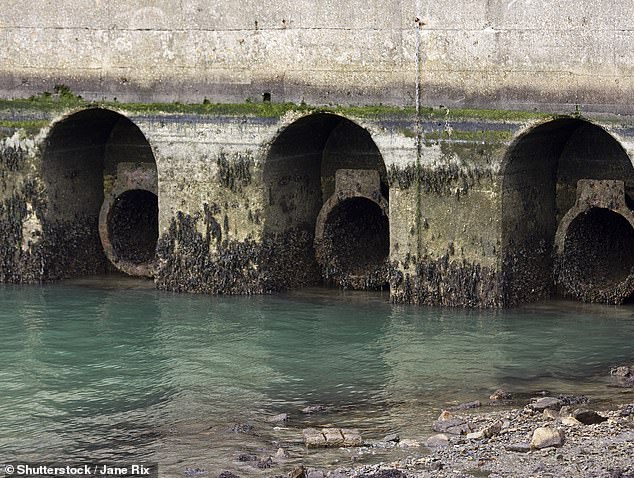 Water firms are illegally dumping sewage through more than 870 discharge pipes without permits, a probe has found (stock image of sewage pipes)

Helen Nightingale, who recently left the Environment Agency, said: ‘The funding’s been cut massively… we don’t enforce to the same extent against water companies.’ 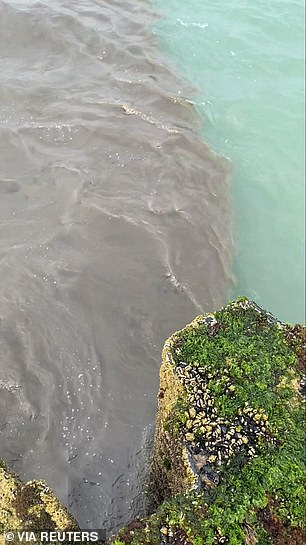 Sewage being discharged into the sea, in Seaford, East Sussex, August 16

On the pipes without permits, Water UK, which represents the firms, said it agreed ‘there is an urgent need to tackle the harm caused to the environment by spills from storm overflows and wastewater treatment works’.

The Environment Agency said it holds the industry to account.

The number of sewage discharge pipes without permits across the UK was obtained using Environmental Information Regulation requests.

It follows warnings to holidaymakers earlier this month, from Surfers Against Sewage, to avoid 50 beaches where the sea has been polluted by sewage.

Last week it emerged water companies are failing to report thousands of spills because they have no monitors or have installed faulty ones.

An Environment Agency spokesman said: ‘Water companies have rightly been condemned by ourselves, the government, campaigners and the public for allowing far too many sewage spills and we are holding the industry to account on an unprecedented scale.’

A spokesman for the Department for Environment, Food and Rural Affairs said: ‘We are the first government to take action to tackle sewage overflows.

‘We have been clear that water companies’ reliance on overflows is unacceptable and they must significantly reduce how much sewage they discharge as a priority.’

Britain’s Water Scandal: Dispatches is on Channel 4 tonight at 7.30pm.