The restaurant chain announced the tragic news in a Facebook post, saying Taylor died on Thursday after experiencing from severe post-coronavirus symptoms, including tinnitus.

‘Kent battled and fought hard like the former track champion that he was, but the suffering that greatly intensified in recent days became unbearable,’ Taylor’s family said in a statement.

Taylor founded Texas Roadhouse in 1993 after coming up with the idea on a cocktail napkin. The first location opened in Louisville, Kentucky, where the company is based. Today, it boasts 630 restaurants in 49 states and 10 countries.

Taylor held various roles at the company, serving as chief executive and chairman of the board until his death. Last spring he made headlines when he gave up his salary to help support frontline workers during the pandemic. 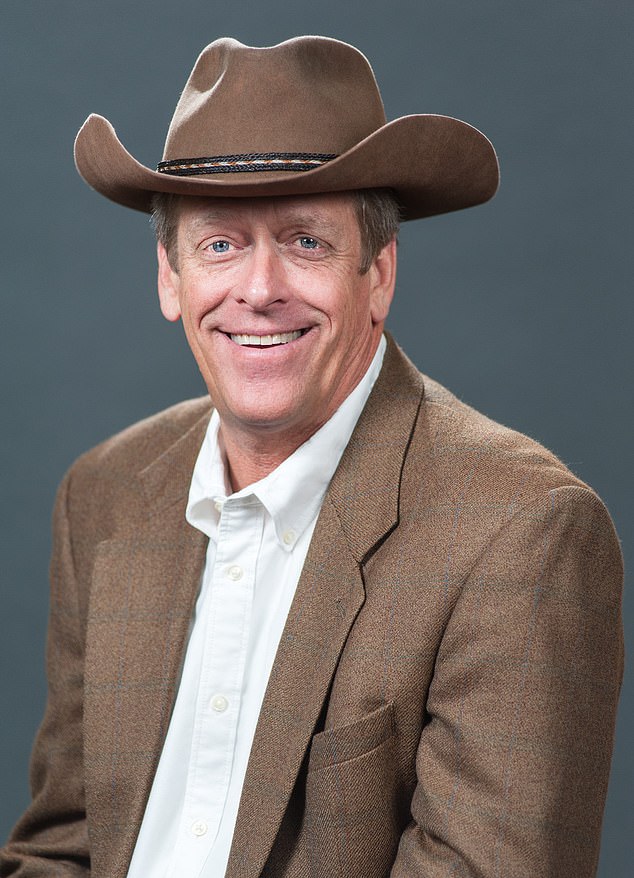 ‘Our community and the restaurant industry lost a legend and the Taylor family lost a wonderful son, father and grandad this week,’ the family said in a statement obtained by CNN.

‘Kent leaves an unmatched legacy as a people-first leader, which is why he often said that Texas Roadhouse was a people company that just happened to serve steaks.

‘He changed the lives of hundreds of millions of employees and guests over the past 28 years.

‘We are saddened by the decision Kent felt he needed to make and want to emphasize more than ever the importance of reaching out for help if you or someone you love is suffering.’

The family statement noted that Taylor had funded a clinical study to help members of the military suffering with tinnitus.

Some research has shown that COVID-19 can exacerbate tinnitus, which causes a ringing sound in one or both ears.

Taylor was also widely praised last March when he decided to forgo his multi-million dollar salary up until January 2021 to help hourly restaurant workers hit hard by the pandemic.

‘What kind of company does these things? Well, that would be a people company that happens to serve steaks, that’s who,’ Taylor wrote in a letter at the time. 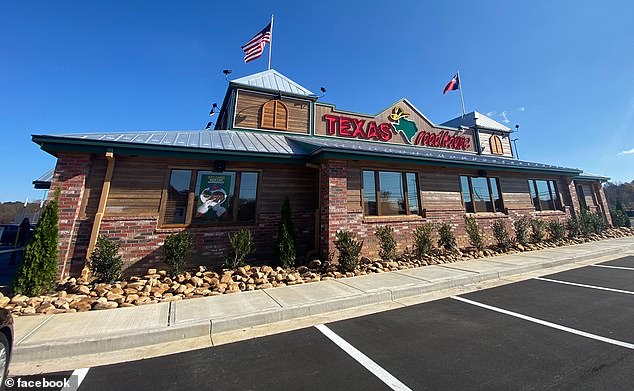 Taylor founded Texas Roadhouse in 1993 after coming up with the idea on a cocktail napkin. The first location opened in Louisville, Kentucky, where the company is based

Louisville Mayor Greg Fischer paid tribute to Taylor on Twitter, saying the city had lost ‘a much loved and one-of-a-kind citizen’.

‘Kent’s kind and generous spirit was his constant driving force whether it was quietly helping a friend or building one of America’s great companies in @texasroadhouse,’ Fisher wrote.

‘He was a maverick entrepreneur who embodied the values of never giving up and putting others first. My deepest condolences to Kent’s family and many, many friends.’

The Kentucky State Police launched an investigation into Taylor’s death on Friday.

Authorities said there was no indication of foul play, but an investigation was warranted due to the fact that Taylor was alone at the time of his death.

Tinnitus is the name for hearing noises, such as ringing, buzzing or hissing, that are not caused by an outside source, according to the National Institute of Deafness and Other Communication Disorders.

It is not a disease itself, but a rather a symptom of something that is wrong with the auditory system, which includes the ear, the auditory nerve that connects the inner ear to the brain, and the parts of the brain that process sound.

Tinnitus occurs due to damage to the cochlear hair cells in the inner ear, which stretch and contract in accordance with sound-induced vibrations.

Very loud noises – at a nightclub or played over headphones – can overload these cells, leaving them temporarily or permanently damages.

The damage forces other parts of the ear to overwork to compensate for the loss of function, which leads to tinnitus and eventually chronic hearing loss.

Tinnitus affects between 15 and 20 percent of adults in the US, according to the Mayo Clinic.

Treatment focuses on counseling and therapies to help people find ways of coping with their condition and reducing any anxiety it causes.

Tinnitus retraining therapy uses sound therapy to retrain the brain to tune out and be less aware of ringing and buzzing noises. Deep breathing, yoga and joining support groups can also help.

One study from Anglia Ruskin University in Cambridge, England, found that 40 percent of 3,100 participants from 48 countries  experienced a worsening of their existing tinnitus after contracting COVID-19.