While the point kept City’s unbeaten start to the Premier League season going, it was a challenging fixture, as Newcastle United caused the Citizens all kinds of problems.

And Walker was open in admitting that one French winger was a particularly difficult one for him and John Stones to defend against. 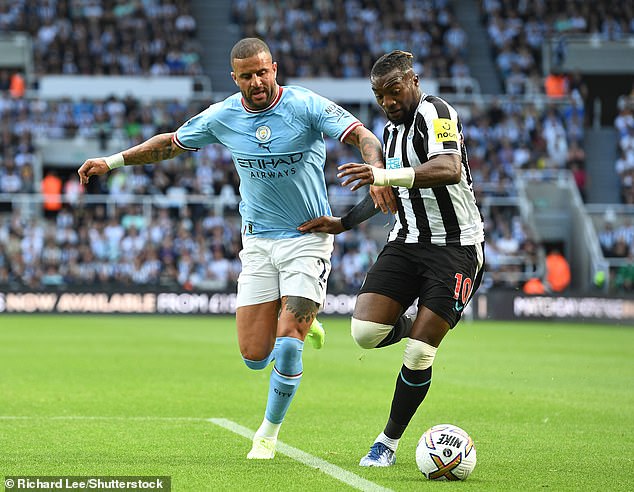 ‘I probably gave Saint-Maximin too many actions at the start of the game which got his confidence up,’ the 32-year-old defender told Manchester Evening News. ‘[It was] probably one of the toughest [games] that I have had in a long time.

‘It is all about the mind and these players play with confidence. It is down to us as full-backs to make sure their confidence is low, we can get on top of them and be a little bit aggressive.’ 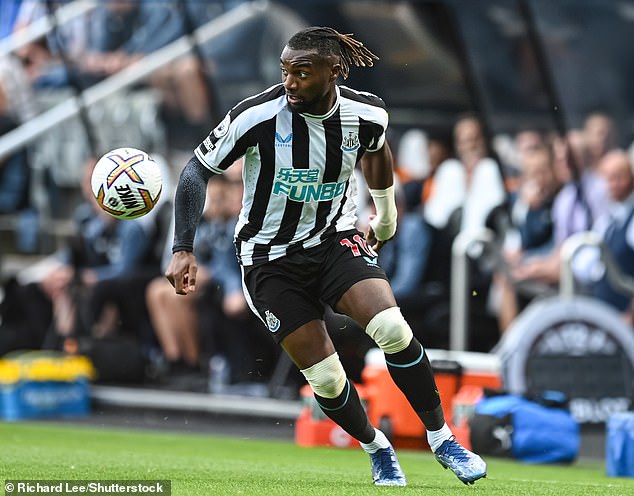 On Saturday evening, City face Crystal Palace, who have caused their own share of problems to the Citizens in recent years, taking points off them in three of their last six meetings.

‘It is going to be a tough game at the weekend,’ Walker said. ‘But it is about the three points and moving on to the next one. Now the games are coming thick and fast you need to build a run.

‘I am not bothered about what other teams are doing. I feel like that if this team hits the ground running and is playing the level of football that can be played then we shouldn’t worry about anyone and they should worry about us.’

However, Palace’s task has been made tougher with the confirmation that attacker Wilfred Zaha will miss the clash through injury. 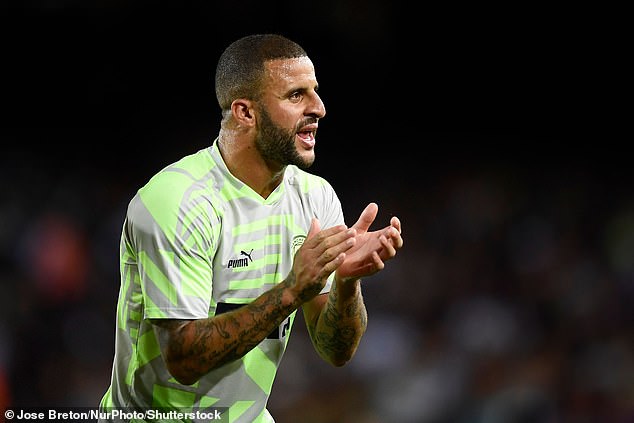 Walker is pleased with City’s unbeaten start, but confirmed ‘we are not resting on that though’

Following on from City’s opening wins against West Ham and Bournemouth, Walker is satisfied with his team’s league campaign so far, but wants more.

Walker revealed: ‘We obviously haven’t lost yet and we have made a better start than what we have done in the previous seasons. We are happy, but we are not resting on that though.’

After the Palace game, Man City will host Nottingham Forest and then travel to Aston Villa in a hectic week of Premier League fixtures.