Savannah Daisley’s charges of repeatedly having sex with a 14-year-old boy returned to court on Tuesday – but the celebrity detox heiress was nowhere to be seen.

The court no-show came as police seek to have a mystery ‘two paragraphs’ removed from the evidence.

Ms Daisley’s lawyer Michael Hempsall appeared in Manly Local Court without his client to hear a prosecutor on behalf of the NSW Commissioner of Police say that there was a disagreement over a small part of what would become the brief of evidence.

The court heard that police were asking for two paragraphs in a particular subpoena from a different case to be set aside from the case’s brief of evidence.

The court was not told which side the subpoena was served upon, and the case has been adjourned until September 21.

The latest development comes days after Ms Daisley spoke out for the first time since her release from prison on bail.

Posting on Instagram while celebrating her son’s eighth birthday during a supervised bail visit with her children, Ms Daisley wrote: ‘I will never live my best life without my kids’. 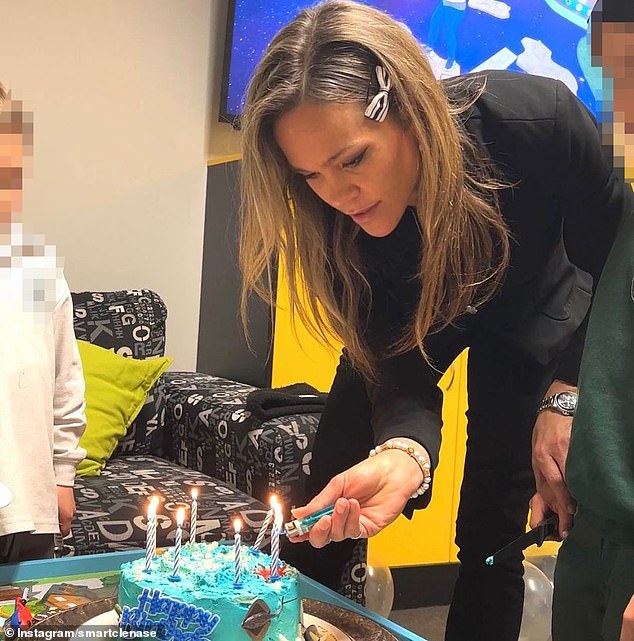 Savannah Daisley lights the candles on her son’s 8th birthday cake in a photo posted on her Smart Cleanse Instagram page in which she speaks out for the first time since her jail release, saying ‘My kids are my heart, my everything infinity and beyond’

The 45-year-old, who faces up to 12 years behind bars if convicted, secured access visits to her children as a bail variation condition after winning her release from Silverwater Women’s Correctional Centre in western Sydney last month.

Next to a picture of her lighting the candles on a bright blue cake adorned with plastic sea creatures and shells, Ms Daisley wrote: ‘My beautiful little angel loved his 8th Birthday cake I made him.

‘He loves dolphins and the ocean like his Mummy does.  My kids are my heart, my everything infinity and beyond, starting at forever and ending at never.

‘I will never live my best life without my kids because they are the best part of my life.’ 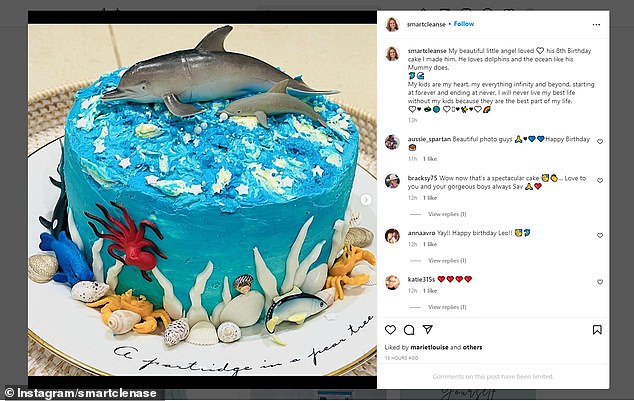 Weight loss heiress was granted supervised access to her children as a relaxation of strict bail conditions after spending four weeks behind bars on charges of aggravated sexual assault against a boy, 14

Ms Daisley, who pleaded the need to rebrand her Smart Cleanse products as part of her reasons for release on bail, has included the endorsements of two women on her Instagram page.

A video of nurse Helen McAlpine filmed on a street has her endorsing the brand, saying ‘I absolutely love Smart Cleanse. It’s the best thing I’ve ever done. I’ve had about five friends do it after me … I usually lose at least about four kilos on it’.

Another endorsement, by Antoinette Anzini, the NSW Business Development Manager for Payot Cosmetics, says ‘This is my 6th time doing the 14 Day Smart Cleanse. I swear by it!

‘I can’t recommend it enough! This time round I’ve lost 4.5 Kilos in 2 weeks, my energy levels are through the roof. I feel amazing!’

The last time Ms Daisley posted anything on the Smart Cleanse Instagram page prior to these posts was on June 21, six days before police arrested her after placing a listening device warrant on a phone call between her and the alleged victim. 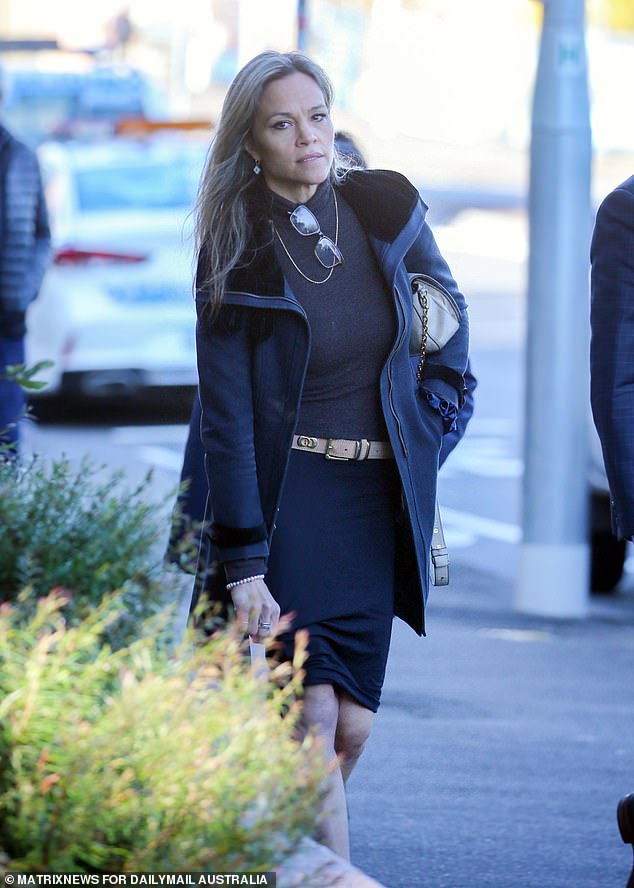 Savannah Daisley (above) visiting Hornsby police station before returning to the NSW Southern Highlands where she is on $100,000 bail on four charges laid after police allegedly tapped a phone call between her and teenage boy 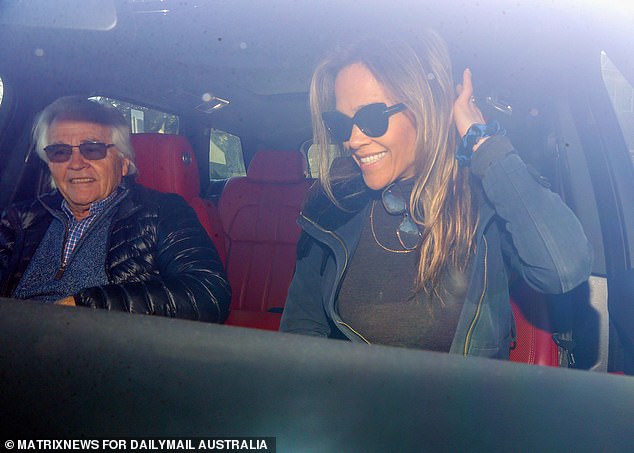 The call was tendered during Ms Daisley’s bail application in a police sting just over a year after officers allege Ms Daisley had drunken sex four times in one day with the teenager.

A court heard last month Ms Daisley, who had been ‘regularly blacking out because of alcohol she consumed’ said to the boy in the call that the alleged acts ‘should be confined to the depths of the ocean in a chest’.

The Instagram influencer’s lawyer, Gabrielle Bashir said Ms Daisley risked losing ‘millions of dollars’ from her business while locked up.

The founder of the multi-million Smart Cleanse brand, who previously promoted her 14-day detox programs internationally with celebrity endorsements, was in the process of ‘rebranding’ a product and her parents had considerable investments in the business which were now at risk.

Ms Bashir told the court Ms Daisley’s mother has ovarian cancer, and that her family could offer up $100,000 as a surety while supervising her reporting to police while on bail.

‘She suggests it was mutual …  and what the potential ramifications are going to be.

‘She’s guilt-tripping this child. Reminds the child of what the agreement was in respect of keeping it under wraps.

‘Puts it in a kind of story-like, fairytale situation … how it is going to go away and never come back.’

While in jail, she complained that her mental health was deteriorating and instead of returning to her $10million waterfront mansion in Sydney’s lower north shore, she was ordered to live under strict bail conditions with her parents.

Smart Cleanse founder Savannah Daisley (pictured)  is on bail after spending four weeks behind bars and will face a hearing on four cahrges of aggravated sexual assault against a boy, 14 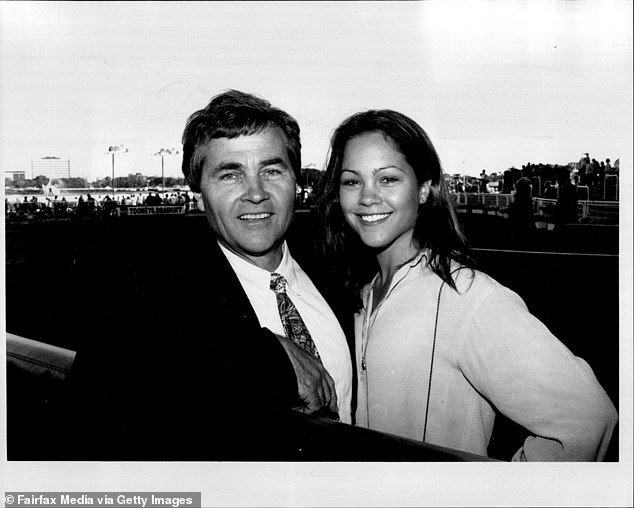 Her products now sell across Australia after she secured deals with pharmacy giant Priceline in 2018, and with supplement giant Mr Vitamin in 2020.

She launched the company in 2014 and quickly attracted a celebrity following, including Neighbours star Jodi Gordon, who featured in a video testimonial for Smart Cleanse in June 2021 – spruiking the program as her ‘health and beauty secret’.