Liz Truss today insisted a post-Brexit trade deal with the US is not the ‘be all and end all’ as she refused to commit to a pact being completed by 2030.

The Foreign Secretary said the UK has a ‘huge pipeline of deals’ ready for the coming months and told the US: ‘We are ready when you are ready.’

The White House has made clear a trade agreement with Britain is not an immediate priority for Joe Biden, raising questions over the strength of the ‘Special Relationship’.

But Ms Truss told a fringe event at Conservative Party conference in Manchester that she is ‘not worried… at all’ about links between London and Washington DC. 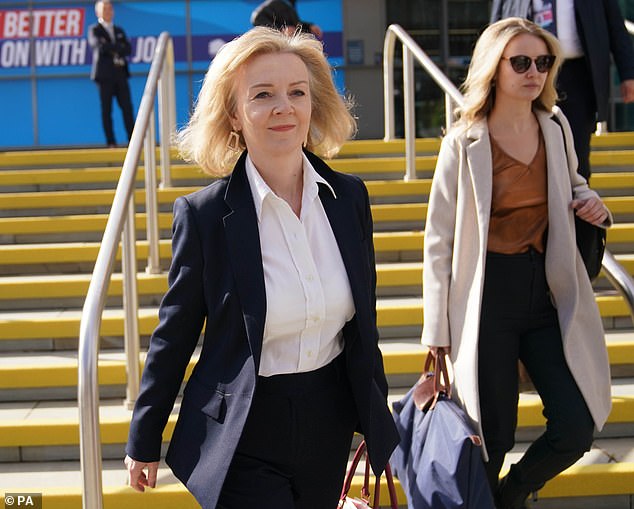 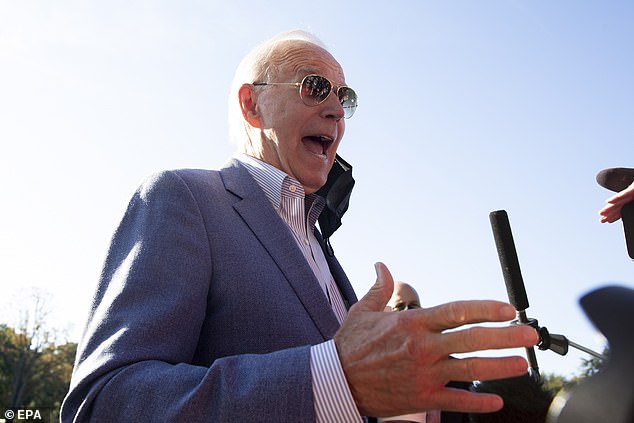 A trade deal with the US was billed by Brexiteers as one of the main prizes of leaving the EU.

But talks have stalled after Mr Biden became President, with Downing Street admitting a deal is a long way off.

Boris Johnson’s recent trip to the White House failed to deliver a breakthrough on the issue.

The Prime Minister’s Official Spokesman said at the time: ‘It’s not that they’re not going to do one, full stop.

‘The point that the Prime Minister is making is that it’s because of various reasons within the US it’s not going to be the immediate focus of the President right now.’

Ms Truss was asked at lunchtime if she has confidence that a trade deal with the US will be signed by the end of the decade.

She replied: ‘Well, I don’t agree with you that that’s the be all and end all of trade.

‘Anne-Marie Trevelyan who is getting absolutely stuck into the trade job is going to be negotiating deals with India, deals to join the Trans-Pacific Partnership, with the Gulf, with Israel.

‘There is a huge pipeline of deals and my message to the Americans is we are ready when you are ready but there is a whole world out there, there are lots of fast growing parts of the world who want to do business with Britain.’

‘We have a very close and positive relationship with the United States. We work very closely on security.

‘This recent deal that we have done with Australia to provide nuclear-powered submarines shows that we are extending those security links.’

Ms Truss also said she had no concerns about Mr Biden’s leadership, telling Tory activists: ‘The Prime Minister and I had an hour and a half meeting with President Biden.

‘It was a very, very positive meeting. We talked about everything from trade to our security partnership to the future of the free world.

‘The great thing about Biden is he is a great democrat and he has been very clear that he is going to fight for democracy, he wants to work to challenge authoritarian regimes.

‘That hour and a half meeting I think showed the depth of our relationship but also his determination to do that.’