A statue of Christopher Columbus is being removed from the pride of place on the main boulevard in Mexico City to a small park – and will be replaced by a monument honoring Indigenous women.

Mexico City Mayor Claudia Sheinbaum revelaed that the iconic statue on the Paseo de la Reforma would be replaced by a sculpture of an indigenous Olmec woman made by the Mexican artist Pedro Reyes.

‘To them we owe… the history of our country, of our fatherland,’ she said.

The mayor made the announcement on Sunday, which was International Day of the Indigenous Woman and days before the country’s 200th independence anniversary. 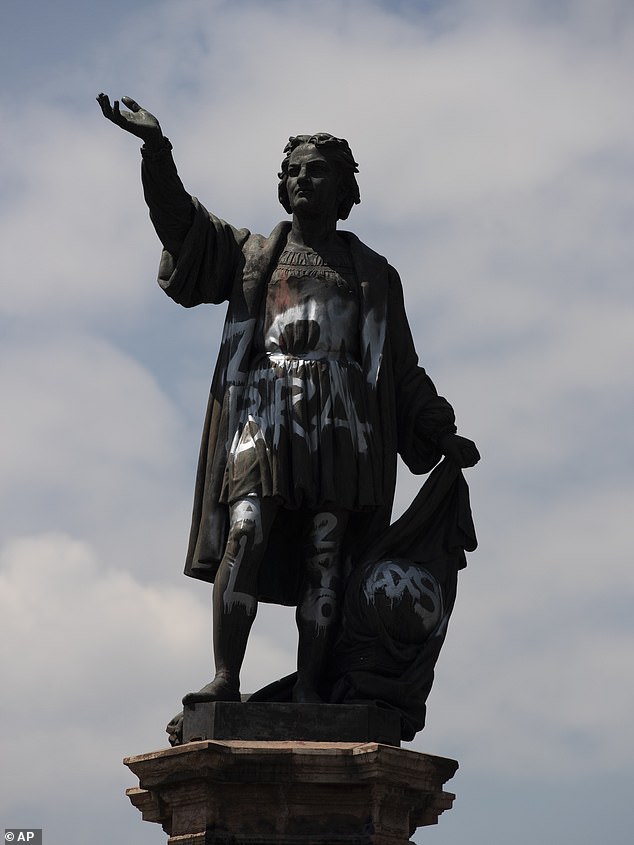 The Columbus statue, donated to the city many years ago, was a significant reference point on the 10-lane boulevard, and surrounding traffic circle is – so far – named for it.

That made it a favorite target for Indigenous rights protests with spray-paint-wielding protesters denouncing the European suppression of Mexico’s Indigenous civilizations.

The figure of the Italian navigator was removed last year, supposedly for restoration, shortly before October 12, which Americans know as Columbus Day – the anniversary of Columbus’ arrival in the Americas in 1492.

However, Mexicans call the date ‘Dia de la Raza,’ or ‘Day of the Race’, in recognition of the country’s mixed indigenous and European heritage.

When the statue was removed last year, President Andres Manuel Lopez Obrador noted that ‘it is a date that is very controversial and lends itself to conflicting ideas and political conflicts.’ 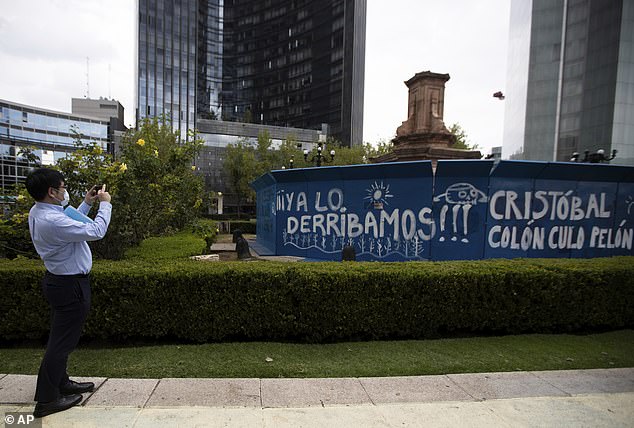 Mexico City Mayor Claudia Sheinbaum made the announcment on Sunday, revealing that the Columbus statue, which was removed last year for restoration, (pictured on October 12, 2020) will be moved to a less prominent location in a small park in the Polanco neighborhood 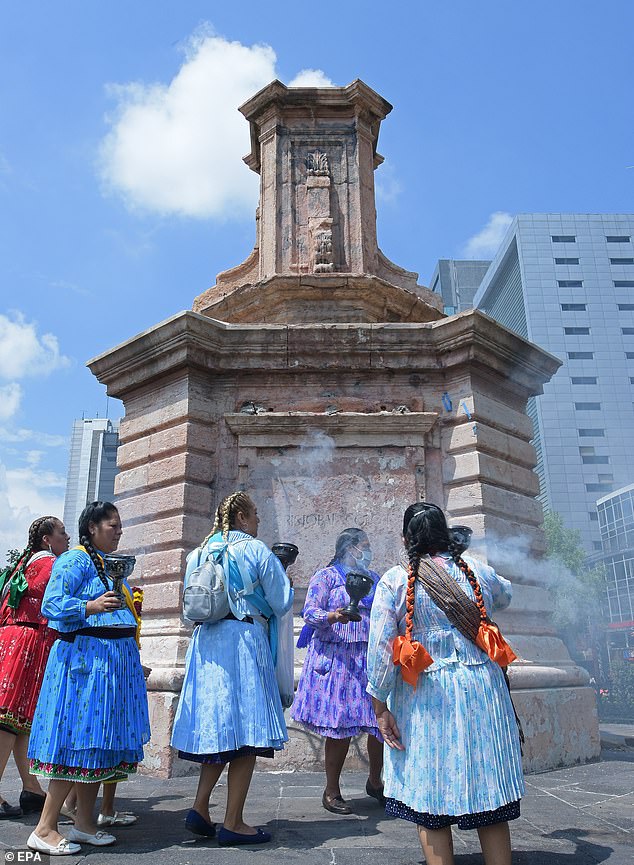 The figure of the Italian navigator was a favorite target for Indigenous rights protests. Pictured: Mazahua women burn incense on the pedestal where the monument of Christopher Columbus was located in Mexico City on September 6, 2021

Most Mexicans have some indigenous ancestry and are well aware that millions of Indigenous people died from violence and disease during and after the conquest .

SheInbaum said the new statue, ‘Tlali,’ might be ready near the date of Dia de la Raza this year.

The Columbus statue isn’t being discarded, but will be moved to a less prominent location in a small park in the Polanco neighborhood. Mayor Sheinbaum referred to Columbus ‘a great international personage.’