A terrifying new breed of street gangs on Sydney and Melbourne streets are using rap music to lure in new members and grow their online profiles.

With millions of fans around the world, supporters say their songs shed light on the desperate socio-economic struggles facing many underprivileged youth in Australia.

But police claim they’re glorifying violence, crime and gun culture – and need to be stopped. 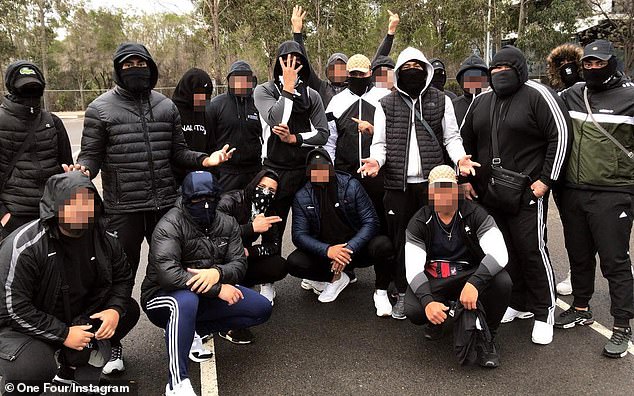 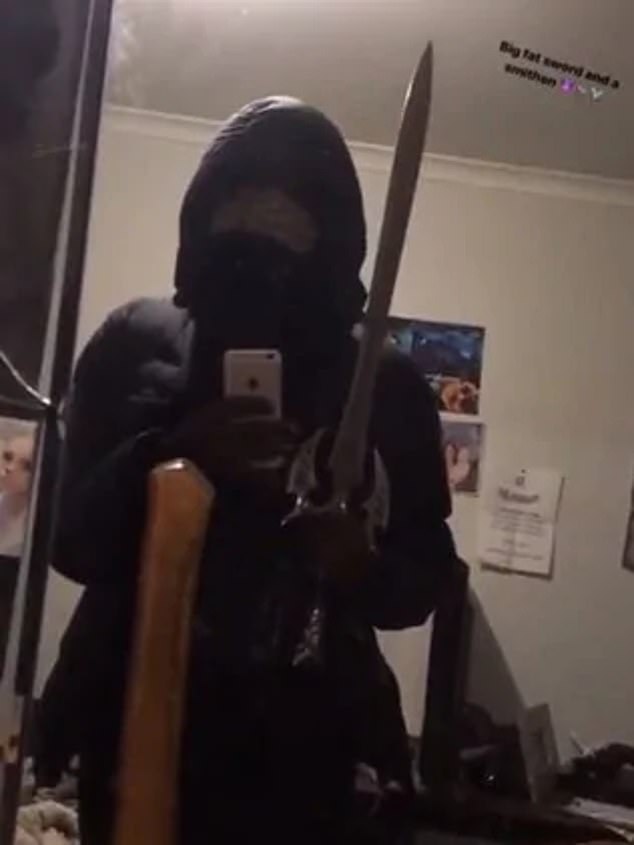 Drill: a branch of hip hop that grew out of Chicago’s south side in 2012 and was picked up in the UK where it became popular among urban youth

Drill is controversial as its rap lyrics promote criminality, retaliation and violence in particular from ‘shivs’ or home-made knives. It revels in and embellishes a grim view of urban poverty.

One of the most well known and internationally recognised Australian drill rap acts is the infamous OneFour from the mean streets of Sydney’s Mt Druitt.

Police from the bikie-busting squad Raptor 13 have vowed to shut down the controversial rap group and said they plan to make every part of their lives ‘uncomfortable’.

Three of the group’s members were jailed in 2019 leading to the cancelation of their scheduled national tour.

Streaming platforms were even asked by the task force to take down the group’s music.

The group claims to be separate from a street gang of the same name, which has been locked in a bitter running street battle with cross-town rivals – 21District – who hail from the city’s west inner west.

Rappers linked to both outfits have tens of millions of views on social media and affiliated members have been linked to brawls, stabbings and even murders.

It has been speculated that the postcode gang war first started 16 years ago after a fight at Granville train station over turf. 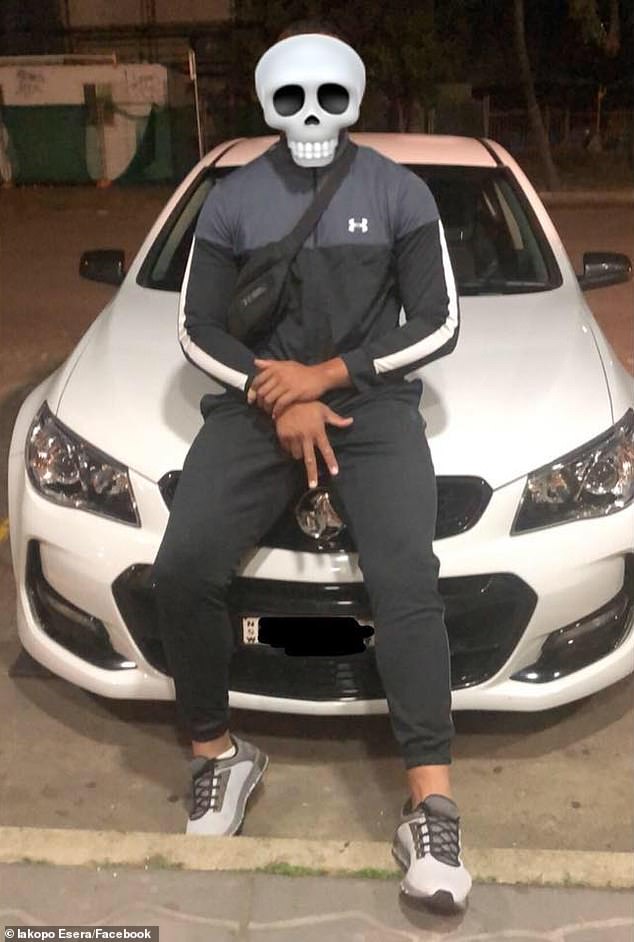 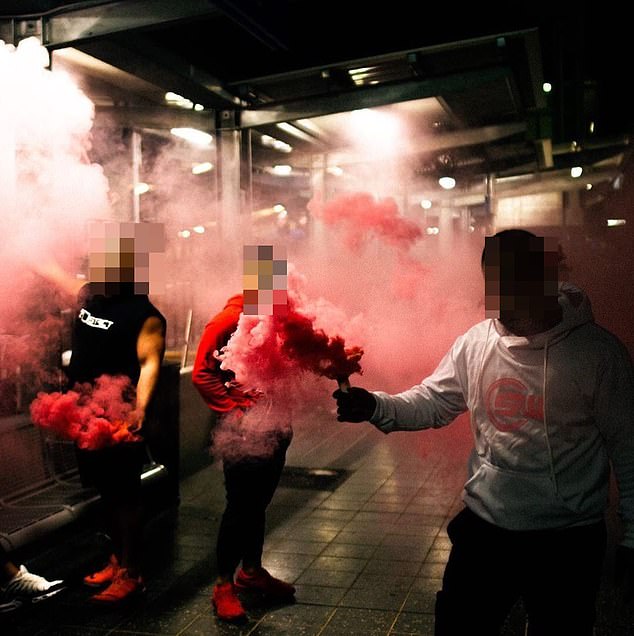 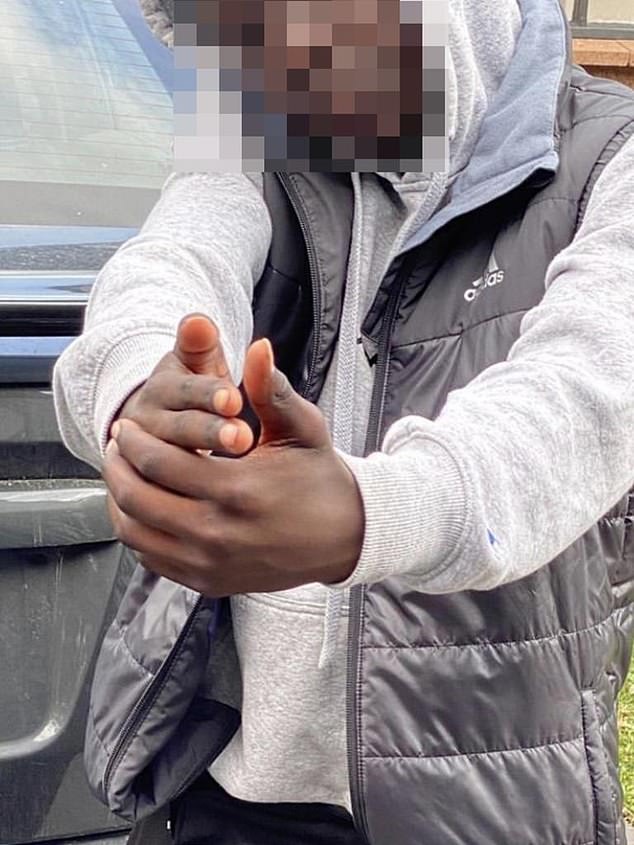 Police claim drill gangs are glorifying violence, gun culture and crime – and need to be stopped

OneFour – name of a drill rap group, and a separate gang from Mount Druitt in Sydney’s outer west. Support from greater western Sydney.

OneFour gang sign – Two hands: four fingers up on the left hand, with the ‘up yours’ middle finger on the right.

21 District – drill rappers, also known as the ‘Inner West’ gang. Support is from the inner west to Manly.

Head of the NSW Police Youth Command Superintendent Mark Wall told the Daily Telegraph why youngsters are often lured to gangs from a young age.

‘They see it as a lifestyle where you get a phone, new shoes or a PlayStation by being part of the gang,’ he said.

‘They say if you’re part of a gang you get the money, the shoes and they talk up the lifestyle as being part of the gang.

‘But they don’t talk about the downsides, that you’re against the community, you could get put into jail or you could get assaulted.’

In Melbourne, the drill rap scene is also heating up with rival gangs taunting police by boasting about ‘killing for fun’ and making ‘cases pile up’.

Among the most notorious crews are the predominantly African Next Gen Shooters, active in Dandenong and the city’s southeast. 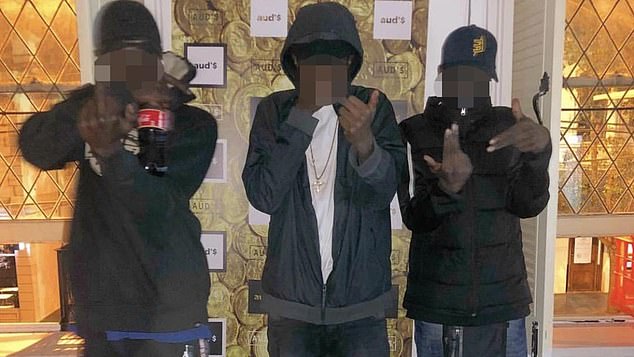 In Melbourne, the drill rap scene is also heating up with rival gangs taunting police by boasting about ‘killing for fun’ and making ‘cases pile up’ 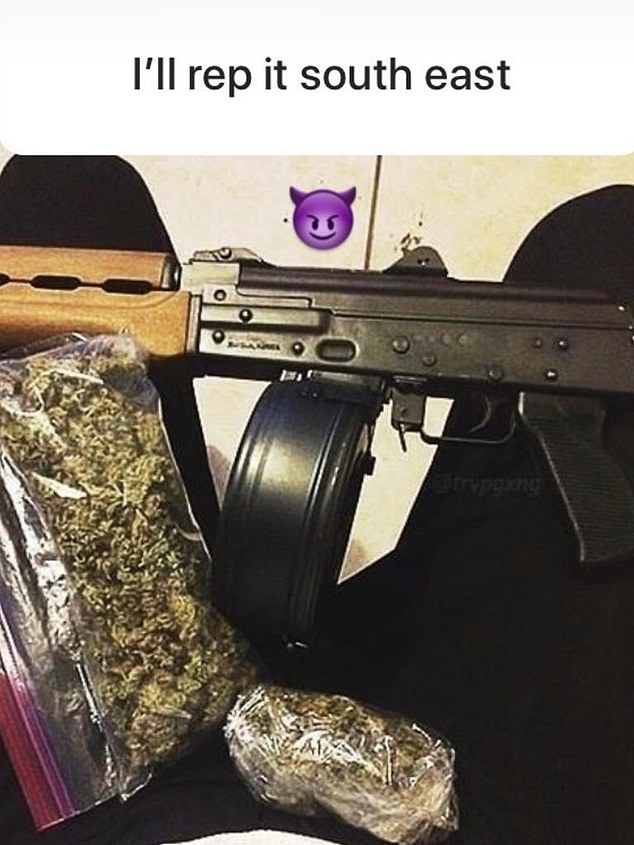 Among the most notorious crews are the predominantly African Next Gen shooters, active in Dandenong and the city’s southeast

On the other side of town is the infamous Brotherhood (BH), made up of mostly Pacific Islanders from Weribee in Melbourne’s west.

‘Imagine being someone in their early teens, even younger today, who comes from a difficult home, has been disconnected from school, friends, family, and find themselves alone on the streets,’ he said.

‘These are children, frightened and looking for a sense of belonging and protection, making them perfect targets to be recruited into gangs.

‘It does not make them bad kids — what it makes them are kids who the community has failed, who end up doing bad things.’