Public school teachers will no longer be allowed to check the colour of their students’ underwear after Japanese authorities banned the controversial practice.

Saga Prefecture, on the south-west Japanese island of Kyushu, announced the change after officials discovered 14 of its schools required students to wear white underwear.

Previously, teachers would pull at female students’ bra straps and watch teenagers undress in the changing room to make sure they were complying with uniform rules. 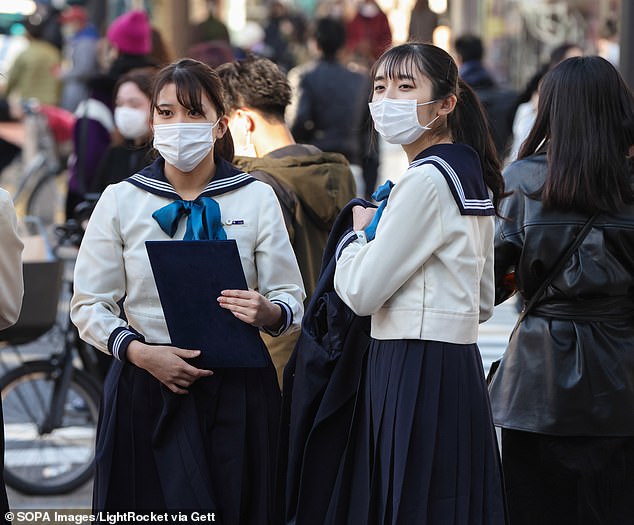 Japanese public school teachers will no longer be allowed to check the colour of their students’ underwear after a controversial rule was scrapped. Japanese school girls are pictured at a graduation ceremony on March 3

The underwear rules will be abolished when the Japanese school year starts in the second week of April, NewsOnJapan reported.

The Saga Prefecture’s board of education has also removed rules forcing students to wear gendered uniforms to promote the inclusion of those who identify as non-binary.

Rules in the prefecture regulating the colour of students’ socks will also be scrapped.

A study conducted in the nearby city of Fukuoka last year found more than 80 per cent of its schools had rules on the colour of students’ underwear.

The report found some students were made to remove their underwear at school if they were the wrong colour.

Citing the strict disciplinary action students could face if they broke the rules, the report’s authors said their treatment was an ‘infringement of human rights’. 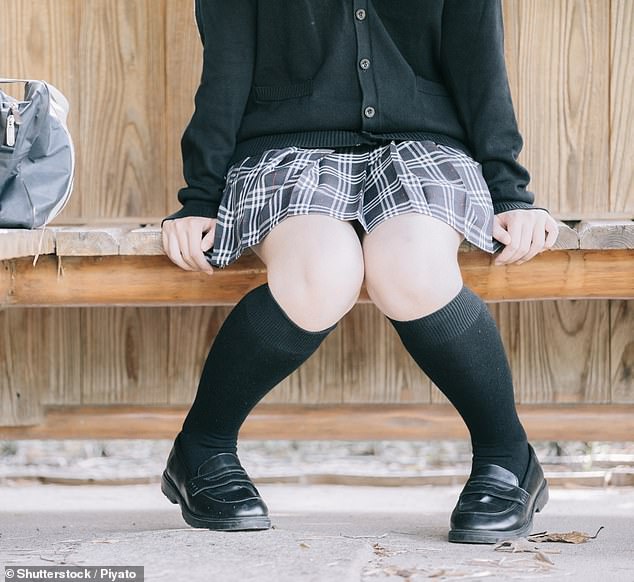 The strict guidelines for Japanese school kids are laid out in a list known as the ‘black rules’ and also include the length of girls’ skirt hems and the use of hair products.

Other punishable offences included shopping while on the way home from school, leaving behind textbooks in class and being sat down for a lesson before the bell rings.

Another report conducted in Shizuoka Prefecture west of Tokyo found students were afraid to speak out against the rules under the threat of their grades being affected.