She launched her debut clothing range with online fashion brand In The Style yesterday.

But Stacey Solomon has apologised to eager fans as the collection nearly sold out after huge demand.

The Loose Women star, 30, took to her Instagram Stories to share a series of clips thanking fans for their support on Tuesday. 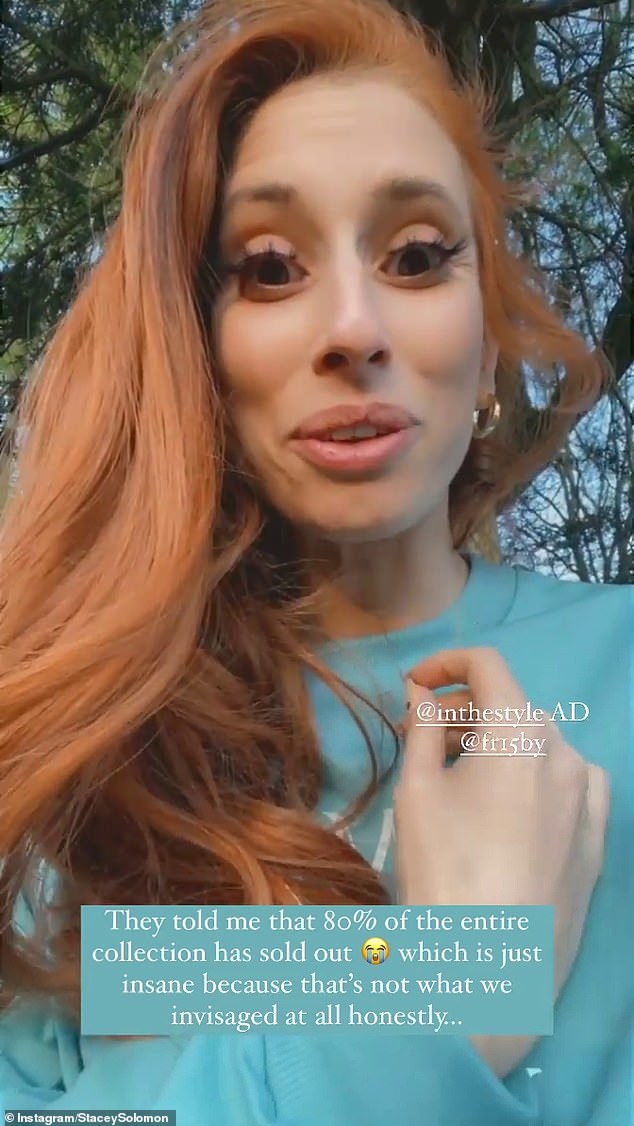 Selling fast: Stacey Solomon has apologised to eager fans on Instagram on Tuesday as her debut clothing line with In The Style nearly sold out after huge demand

But she appeared emotional as she expressed sadness at ‘disappointing anyone’ who was unable to get their hands on the clothes.

In one video, Stacey said: ‘They told me that 80% of the entire collection has sold out which is just insane because that’s not what we envisaged at all honestly…’

She sported a baby blue jumper as she chatted to the camera while she let her eye-catching red tresses cascade over her shoulder.

She continued: ‘I need to come on here to say, thank you so much for today. I just got off the phone to the In The Style people and they just said the response has been phenomenal and you’ve all been so nice. I’m so grateful for you lot, I’m so glad that you loved it.’ 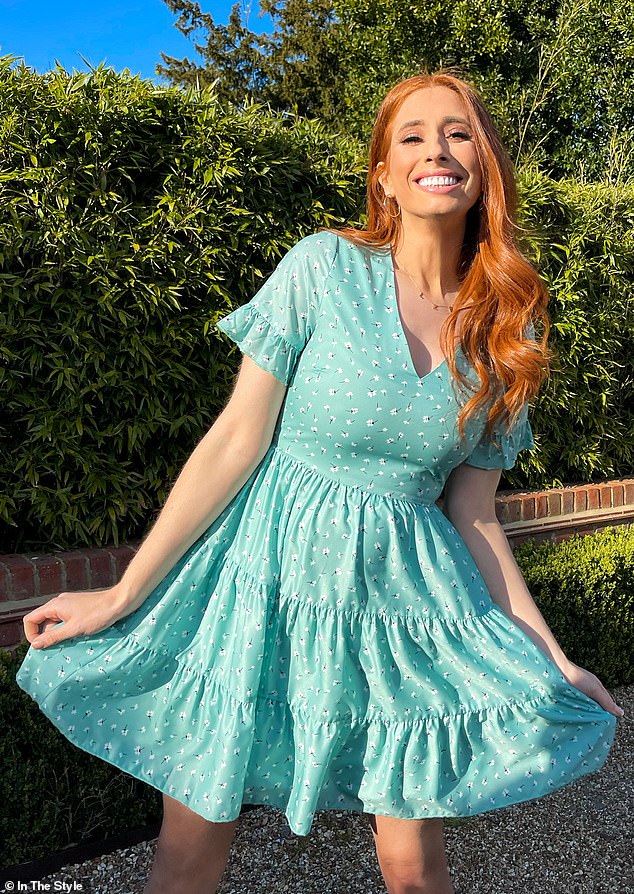 Tea party time! Stacey, 30, beamed for the camera as she modelled the looks, including a floral blue tea dress, for her new range 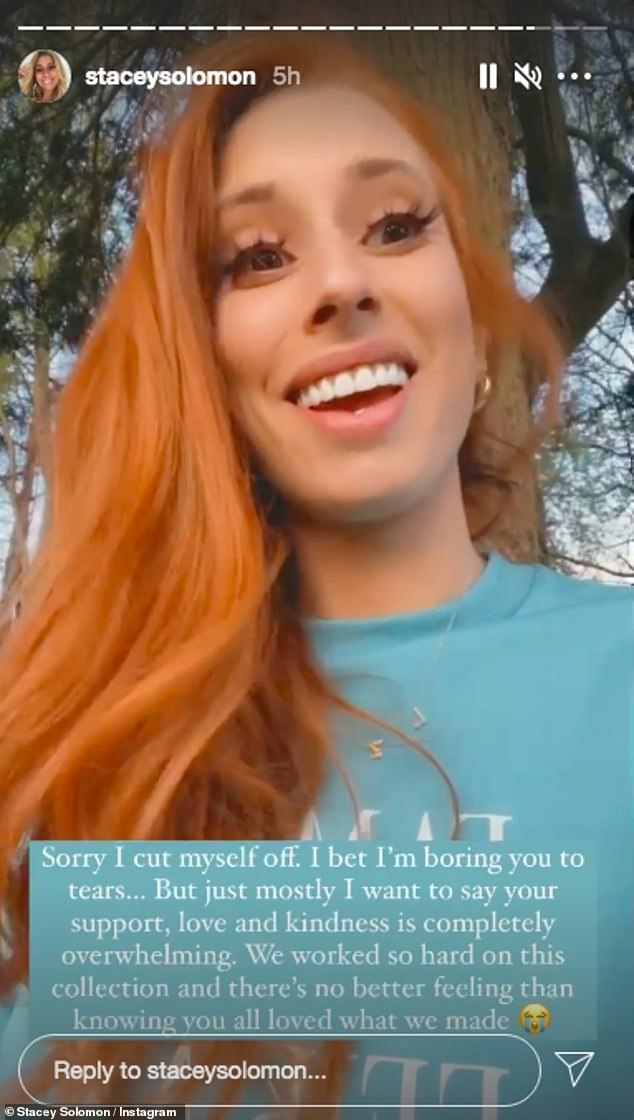 Apologies: The Loose Women star thanked fans for their continued support as almost 80 per cent of the range was sold

The mother-of-three went on to reassure fans that they would have another chance to get their hands clothes they wanted, as a restock was being discussed.

She said: ‘I just want to apologise to anybody who didn’t have the chance to get what they wanted.

‘Adam took a huge risk ordering a huge amount of stock because we both agreed we didn’t want it to sell out really quickly because we wanted people to get a proper chance at having what they wanted.

Stacey added: ‘I just can’t believe it’s all nearly gone. We are working out which ones you need restocked and we’ll get them back up as quickly as we can.’ 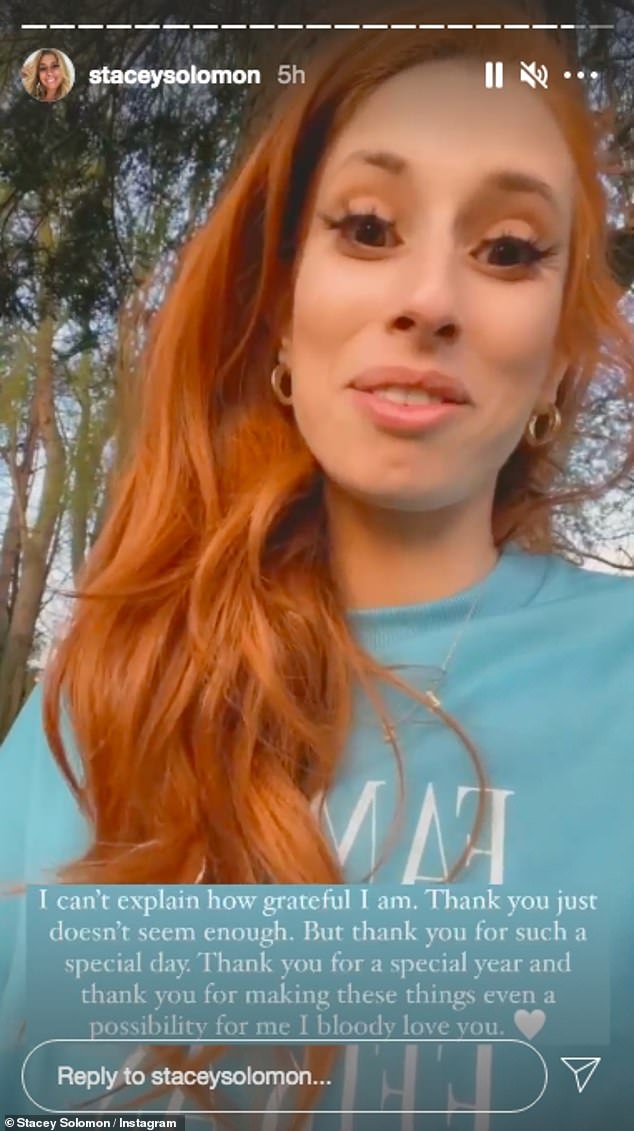 Grateful: Stacey thanked fans for a ‘special day’ and a ‘special year’ as her debut line was a roaring success

The collection released at midday on Tuesday and featured sizes ranging from 4-28 and also includes petite and tall options, with prices from just £10 – £45.

Stacey beamed for the camera as she modelled the looks, including a floral blue tea dress, for her new range.

She was instrumental in the creation of her collection, working closely with In The Style on designs and even calling on her social media followers for their help and input.

Talking about her first ever clothing range, the TV personality said: ‘I’m so excited to be working with In The Style on my new collection. I’ve included all of my favourite things – florals, pastels and loungewear! 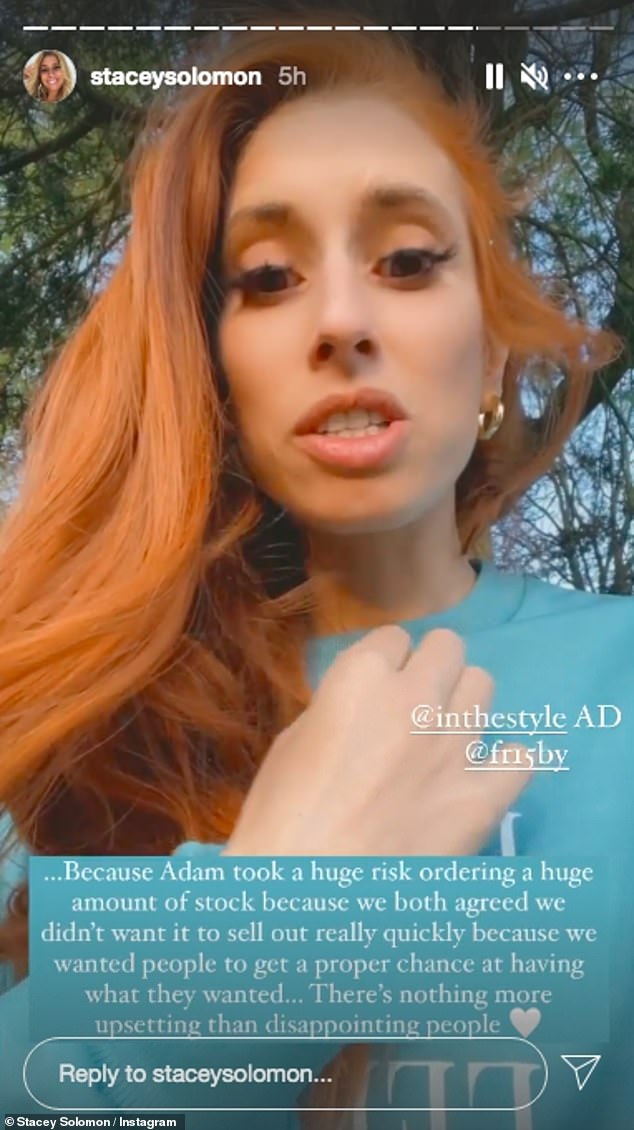 ‘There’s nothing more upsetting than disappointing people’: Stacey appeared to be emotional as she spoke to fans about some not getting their hands on the clothes

‘With spring finally here, I’m looking forward to brightening up my wardrobe and I’m so happy to share what I’ve been working on.’

‘I’ve enjoyed the design process and creating all the prints and shapes. I am really excited for everyone to see what we’ve created, an inclusive range was really important to me so we’ve made sure there really is something for everyone!’

In The Style founder and CEO Adam Frisby said: ‘One of the things I’m most proud of about In The Style is that we live and breathe by our brand values, this includes inclusivity, female empowerment & being true to who you are.

‘Stacey encompasses all of these values and we’re delighted to have her as part of the ITS family.

‘Stacey has been working on the range for months now, bringing to life her vision and it really is a collection for everyone.’ 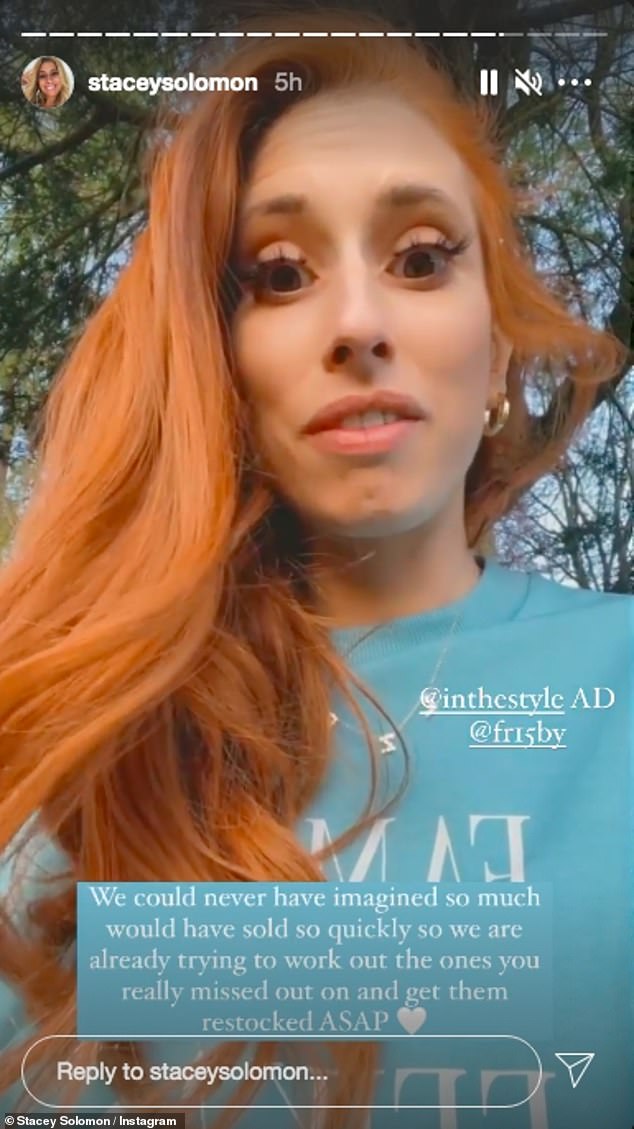 Reassuring: The mother-of-three went on to tell fans that they would have another chance to get their hands clothes they wanted, as a restock was being discussed 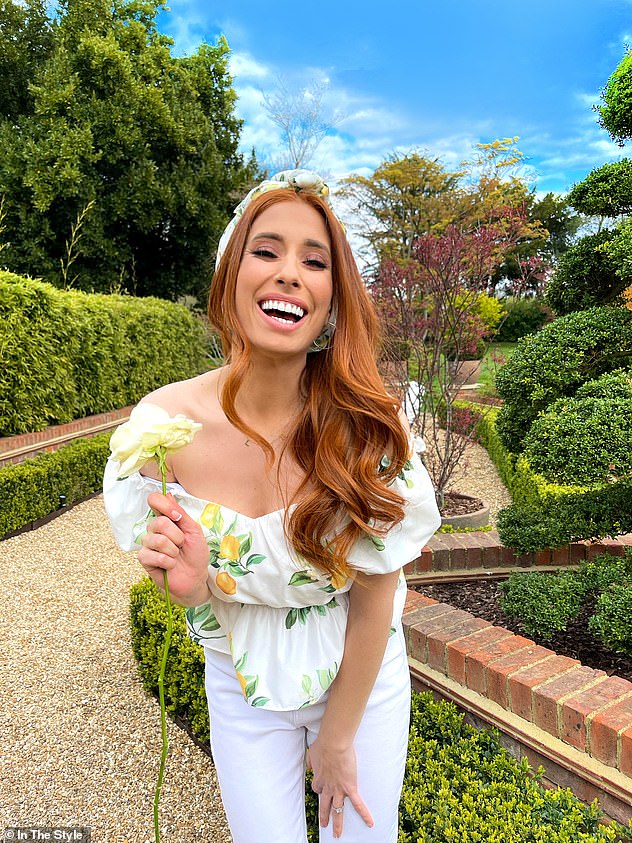 Happy lady! The mother-of-three couldn’t hide her delight, with her gleaming white smile on display for the duration of the photoshoot for the new collection