Unisex army uniforms have been drawn up to combat complaints from female troops that the men’s shirt and armour doesn’t fit.

The high-tech Virtus armour has been redesigned for women – like Michelle Keegan’s Our Girl character Georgie Lane – with a tighter fit at the arms allowing for more accurate shooting.

The standard-issue Army shirt will come in smaller sizes and be shortened so that female soldiers don’t need to tuck their pockets into their belts.

Serious concerns were raised about the new £250 million Virtus battle equipment system when it was first trialled by female troops two years ago, with some suffering career-threatening leg injuries trying to carry the heavy gear. 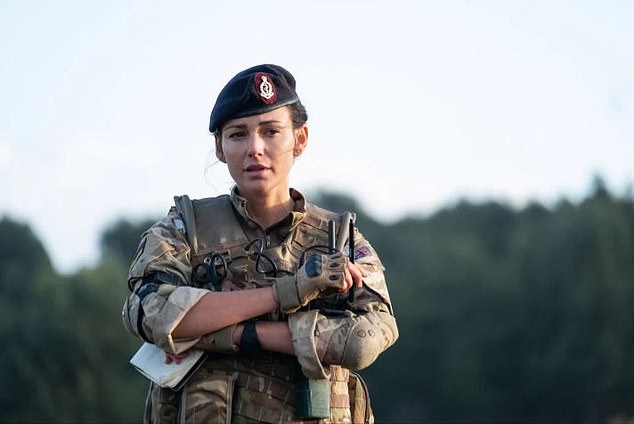 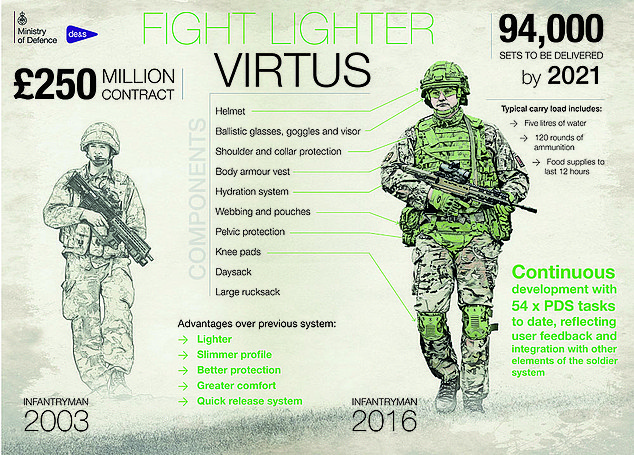 Now it will have narrower straps, a shorter torso and a smaller chest to allow a more snug fit around the shoulders and provide smooth arm movements.

The new kit tailored for women will be available next month, according to The Sun.

It comes after controversy around the MoD’s new Virtus battle equipment when it was first trialled by female troops two years ago.

They complained that the 90-litre capacity rucksack was too big while the webbing pouches used to carry magazines and worn around the waist hurt their hips, which are naturally wider than a man’s.

The super-fit international rower spent months recovering from a stress fracture after collapsing during a march over Dartmoor.

At the time she was carrying equipment weighing 70 lb and a rifle.

Previously, female military personnel had not been expected to carry heavy equipment over rough terrain for long periods. Now they’re expected to do so to the same standard as men.

More than 94,000 sets of the Virtus armour are set to be delivered by this year and the MoD says the overwhelming majority of the feedback has been positive, with respondents saying it is lighter and more comfortable than the kit it replaced.

According to the MoD, Virtus is 10 lb lighter and better fitting than older body armour systems.

It first arrived in 2016 to replace its predecessor the Osprey Assault Body Armour.