The husband of an infamous blogger has avoided a stint in jail despite driving with ice in his system and having an unrestrained child in his car.

Denim Cooke, who is married to Perth social media identity Constance Hall, was also behind the wheel on a expired licence.

On Thursday, Cooke appeared in the Perth Magistrates Court and was slapped with a fine of $3,750, plus court costs.

In addition to the fines, Cooke was disqualified from driving for 15 months.

Magistrate Richard Huston said he was fortunate not to be jailed.

‘It’s borderline imprisonment, do you understand that?’ the magistrate asked.

‘Make no mistake, you could have been a cause for a massive tragedy for your own family, let alone others.’ 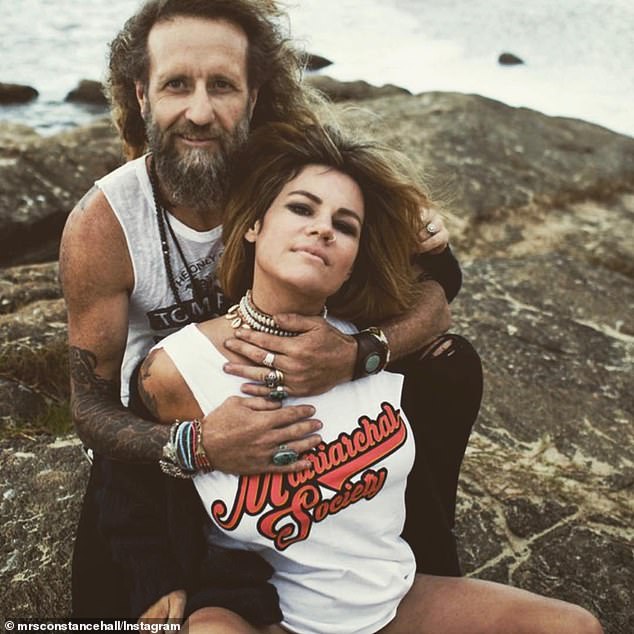 Denim Cooke, the husband of renowned blogger Constance Hall, has avoided a stint in jail – despite being caught driving with ice in his system and having an unrestrained child in his car 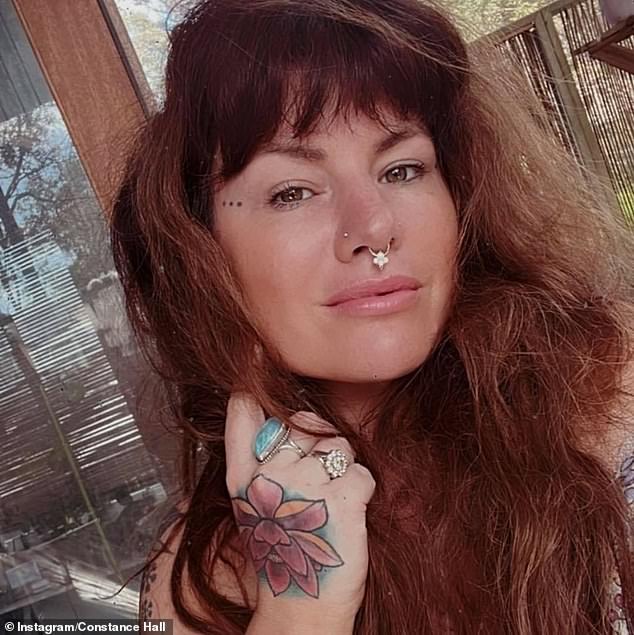 Blogger Constance Hall shot to fame soon after self-publishing her first book, Like A Queen, in July of 2016

Police prosecutors stated Cooke was driving on the Stirling Highway in Mosman Park, southwest of Perth’s CBD, about 5.30pm on December 19 last year when he was pulled over by police.

After undergoing an oral swab, Cooke tested positive to methamphetamine, with officers then discovering a court had disqualified his licence in October.

One of his children was in the front passenger seat not wearing a seatbelt.

The court also heard it was Cooke’s seventh conviction for driving while suspended.

In August of 2020, a motorbike accident left Cooke in a coma with a brain injury as well as a crushed spine and collapsed lung.

He was placed in an induced coma for 12 days and he recently stated the incident has had a ‘catastrophic’ effect on his life.

Constance Hall speaks about heated argument she had with husband

Hall’s warts and all mummy blogs have seen her become globally recognised in recent years.

Already a runaway success on Facebook, Hall self-published her first book, Like A Queen, in July of 2016 and her life began to flourish even more.

January of 2018 saw the couple marry and after enduring some tough moments as husband and wife, Hall addressed rumours last year the pair had split.

‘I would like to take the opportunity to introduce the media to this insane concept of love, that time and time again survives life’s storms, a love that co-exists with it’s participants life changes, a love that’s so solid it finds it’s social media validation policy redundant,’ she wrote on Instagram.

‘A love that will forever only be for Con and her Denz.’